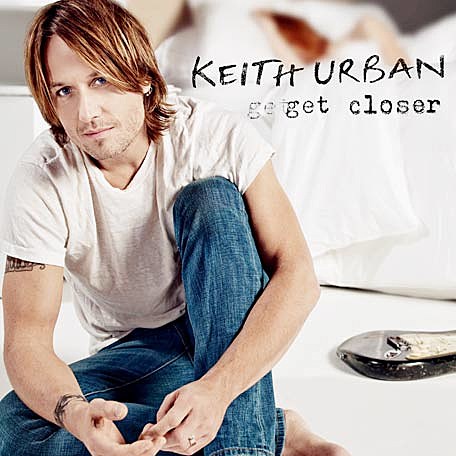 The wait is over! Keith Urban's eighth studio album, 'Get Closer,' arrives in stores this week. The country superstar sent The Boot this track-by-track commentary, sharing his personal thoughts on each song. Take a listen to the full album here, while you read Keith's own words about each track below.

'Put You in a Song'
I always like songs that are about the unattainable girl. This guy would never get this girl's attention in a million years, but he realizes that if he writes a song about her, he could have her in the car all day long and even get to drive her home at night. The concept of her being a song that he would have in his possession was intriguing to me.
'You Gonna Fly'
I come from playing in a three-piece band and this is a loose, Georgia Satellites kind of song. It's rootsy and cool and it's got good swagger, and I thought it'd be really fun to play live.
'All for You'
It's just a beautiful, simple thing to say, that I'm 'All for You.' I've got a real mix of things I love -- I love real wedding song ballads, and I love real rocking stuff as well, so I've almost always had both of those sides represented on my records.
'Long Hot Summer'
I like to have at least one good summer song on a record. I love radio songs, and there are certain songs that I write specifically trying to hear them on the radio or just in the car. That's the place I usually have in mind when I write. I still love hearing music in a car more than anywhere.
'Without You'
A friend of mine happened upon this song somewhere and called me up and said, "You've got to hear this song, you would swear that you wrote it." And sure enough, it was uncanny how much it was suited to my life. I think if I'd written something like this, I would have felt it was too literal, not poetically disguised enough. Maybe it's because I didn't write it that I was able to hear how authentic and truthful it is.
'Georgia Woods'
I'm the current owner of Waylon Jennings' guitar. It's like playing a holy grail. I wanted to use it on some writing sessions and the riff that starts the song came straight out of that guitar. I love the story -- it's unusual for a guy to say those things, like, "What's happening to me, I'm becoming unhinged, I'm not normally like this." It's such strange role reversal, but I really liked it because of that.
'Right on Back to You'
This wasn't just a case of recording a song imagining it being played in the car, but actually putting the guy in the car listening to the song. I think there's a lot of personal discovery in driving, and it can be a very cathartic experience to go on a long drive, having that isolation and time to think. I love cars and driving, and I love touching upon those themes whenever I can in songs.
'Shut Out the Lights'
Another take on a relationship song, saying stay in it, don't run. I didn't want to do it at first, because I don't really subscribe to this sort of therapy, I don't think you should shut out the light and go to bed and say it's gonna be fine in the morning. When we wrote this song, I remember saying to Monty (Powell), "I get it, and I know a lot of people do this, but I don't think you should ever go to bed angry." So Monty said, "Well, then, in the chorus let's say, 'Baby, I love you, I'm not goin' to bed angry- but we're not getting anywhere, so what should we do?'" I felt better having that disclaimer in there.
Listen to 'Get Closer'
Download Keith Urban Songs | Pre-Order 'Get Closer'