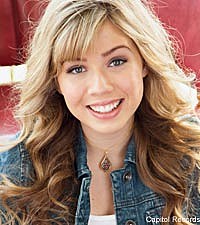 Jennette McCurdy fans are in for a very rare treat! The breakout star of the wildly-popular TV show, 'iCarly,' has gone country, planning her debut album on Capitol Records for release later this year. And here's your sneak peak! Jennette has teamed up with The Boot to bring you exclusive snippets of six tracks on her upcoming project. Listen below, then vote for your favorite song. We'll send Jennette the poll results to help her pick her first radio single, because the teen star wants it to be your choice!

'Not That Far Away'

'Never Let Me Down'

'Put Your Arms Around Someone'

Cast your vote after the jump.