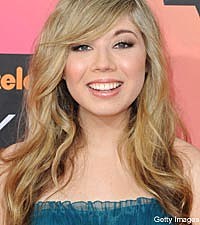 The very first Jennette McCurdy song released to country radio was chosen by you -- readers of The Boot.

Jennette teamed up with The Boot last month to let fans listen to six song snippets from her upcoming debut album and then vote on their favorite. With almost 75,000 votes cast, 'Not That Far Away' walked away the winner, prompting Capitol Records to release it as the 17-year-old star's first single.

"This song really captures the last year of my life," says Jennette. "I've been in Nashville writing for and recording my record and following my dream while really missing my family and friends back in Garden Grove, California."

Jennette will return to California this summer to film a new season of the popular kids' show, 'iCarly.' Her album, produced by Paul Worley (Dixie Chicks, Lady Antebellum), is set for release this fall.