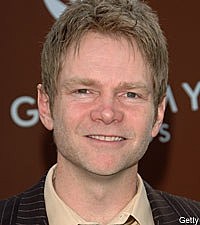 Christian singer Steven Curtis Chapman's daughter, Maria, was hit by a car and killed Wednesday afternoon. The 5-year-old was playing on the singer's property south of Nashville when she was hit by an SUV driven by Chapman's teenage son. Nashville's Tennessean newspaper reports that the son was driving down the driveway on the singer's property when the accident occurred. Several children were playing in the area, and the teenager did not see his little sister in the driveway. The youngster was taken by LifeFlight to Vanderbilt Hospital in Nashville but was pronounced dead upon arrival.

Chapman and his wife, Mary Beth, have six children. Three of the couple's four daughters, including Maria, were all adopted from China. Charges are not expected to be filed against Chapman's son.

Chapman and his wife Marybeth, pictured below with their children, founded the Shaohannah's Hope Ministry after bringing their first adpoted daughter, Shaohannah, home from China. The ministry's goal is to help families reduce the financial barrier of adoption. It has provided grants to over 1700 families wishing to adopt orphans from around the world. If you'd like to make a donation or find out more about the cause, visit www.showhope.org. 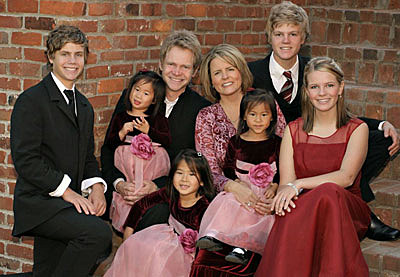