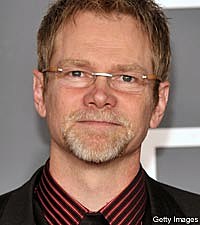 For more than two decades, Steven Curtis Chapman has carved a successful career writing and recording songs that shared his own challenges, epiphanies, joys and sorrows, but never has the veteran singer/songwriter created a more personal or more poignant body of work that his new project, 'Beauty Will Rise.' Released Nov. 3 on EMI Christian Music Group's Sparrow Records, the songs deal with the loss of his five-year-old daughter Maria, who died May 21, 2008 after her teenage brother accidentally hit her in the family's driveway with an SUV.

Well known for such hits as 'Heaven in the Real World,' 'Dive,' 'The Great Adventure' and 'More to This Life,' Stephen is the most awarded artist in the Christian music community with more than 50 Gospel Music Association Dove Awards to his credit. After the tragedy, he wasn't sure he would ever write another song or sing ever again. He and his wife, Mary Beth, say they are coming to terms with the "new normal" and moving forward with their children Emily, 23; Caleb, 20; Will Franklin, 18, and two adopted daughters from China, Shaohannah, 10, and Stevey Joy, 7. Steven talks to The Boot about how his family is coping and how he's able to make music again.

When did you decide to make this new album?

It is weird for me to even call this a record, because it is just my personal songs from this past year and a half journey that we have been on. After we lost Maria, I did not know if I would ever write any more songs, if I would ever sing again. It is a redefining of your whole life. I feel like there is something that is sort of sacred trust on this journey that obviously, we never could have imagined. The last thing I wanted to do was turn any of this into a song. Then you realize: "God, this is what has happened to us and now what would you have me to do with it? How would, in fact, beauty come out of this and what that would look like?" Slowly songs began to just come out as ways for me to try to process what I was thinking and feeling and what my family and I were walking through.

What were some of the first songs you wrote after the tragedy?

The first song out of this was 'Just Have to Wait' and I think the next one was 'Questions.' They were just songs that were literally praying and wrestling with God and [asking] "What am I going to do with this? God, what do I really believe now? How are my family and I going to journey through this and walk through the rest of life with these holes in our hearts? What is that going to look like?" Music has just always been one of the ways that I have processed whatever is going on, but I thought this might be too deep. These songs were just my wrestling through it and being as honest as I could possibly be about that process.

In the midst of your grief, when did you decide it was time to start writing again?

It was probably around some time in July. That first month, I was just in shock. We could not survive if God hadn't truly given us something that was supernatural through just His comfort. But I was still in a place of just not putting this into any words. Then the haze of that began to subside and I came to the reality of the pain and the incredible longing for heaven. All that began to set in for me within a couple of months after losing Maria. These songs started to emerge.

Though the songs deal with the pain of losing Maria, they are also a celebration of her life and how special she was. The lyrics really paint a picture of her, especially the first single 'Heaven Is the Face' and the line about her sweet maple syrup kiss.

She just always had some mess on her face. [laughs] She loved waffles in the morning and when I would get a kiss in the morning I could always taste the maple syrup because she just got so sticky all the time ... just all those little things you miss.

And even though the songs are honest, raw and extremely vulnerable, there is also so much hope.

That is what allowed me to survive the process of doing this -- not just survive it but kept me fueled in the process. People have said that they cannot believe the sense of hope that permeates the songs. The story that brought these songs into existence is so heavy, almost unbearable, but somehow the hopefulness comes through in all of these songs. That is why I was able to do it. If I were to just going to write songs about the pain, the questions and the confusion, it would have been impossible.

What was the hardest song for you to write?

Probably the song 'See.' At the emergency room, in the first hours after Maria went to heaven, I remember just saying, "We know it is true. We know she is with Jesus. She is safe in the arms of the God who made her. We know she is OK. We know it, but could we just see something?" The next morning we went back to our house to get some clothes for the memorial service and the funeral ... I walked into the kitchen and there is this little art table that Maria and Stevey Joy would sit at for hours. She loved crafts. She would cut out pictures. Scissors and glue were her favorite things. She would just cut and paste for hours and draw for hours. Everything was cleaned up but there was one little piece of notebook paper lying on her side of the art table. It was a flower, a six-petal flower that was kind of her signature flower that she would draw all the time. Only one petal was colored in blue, and the rest of it was just the outline of the petals. It had a little stem and it had a little orange center of the flower and it had little leaves at the bottom of the stem. I had noticed something else kind of bleeding through the back of the paper where she had written something and I turned it over and it was a little butterfly and then she had written the letters S-E-E. She had never written that word before. I just really, really believed that God gave us that sign and that was the gift that Maria left us to say, "I know you are wanting to see something, but see I am OK and I am where you said. It is OK.' That flower became so precious to us." 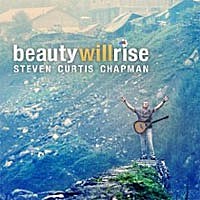 You have referred to these songs as your personal psalms. Why?

Tears and weeping I have always known as the language that speaks to the heart of God, but I never understood how important it was. Sometimes I can hardly listen. Sometimes I'm good when I'm listening to the guitar part or the cello or the different kind of instruments, and then all of the sudden it just undoes me again and wipes me out. I think that's why I keep using the word psalms because when I read the psalms now they are a whole different thing to me. I understand a little bit better David at times almost seeming kind of schizophrenic [saying], "God, where are you? How long before you make this right? I am desperate. I am going down, but in the same breath I'm saying, 'God I trust you. My hope is in you. I love and cherish you forever.'" [I've wanted to say], "Well, which is it? Are you desperate and alone or are you trusting in God?' Well it is both."

'Spring Is Coming' is such a beautiful song. What children's choir is singing on that track?

The Children of the World Choir. I thought I would love to use them but they're touring all over the world. What are the chances of finding them and getting it recorded? So I get this e-mail from the director saying, "Hey, we've recorded a song that you wrote called 'Children of God' and it's the title of our next album. We're going to be in Brentwood, Tenn., recording the vocals for that with our choir. Is there any chance that you can come by here and sing a verse on that song if you're in town?" I'm thinking, "Are you kidding me? Those are the two days that I'm in the studio recording about five miles away from you, making a record that I want you to sing on. So if I sing on yours, can I bring my tracks with me and you guys sing on mine?" It is just one of those incredible things that God orchestrated.

Why did you title the album 'Beauty Will Rise?'

That is the message. I feel like we are moving forward out of this. That is the hope that we have that has allowed me to share this music and this whole recording with people. Part of the process of doing this is to see God bring beauty out of the ashes and begin to see the comfort in other people that can come from this.

How is Will Franklin doing?

He is doing unbelievably well. He is just a walking miracle -- all of us are, but Will Franklin especially. I am just so proud of him.

You and your wife, Mary Beth, have done so much to help orphans and help parents looking to adopt through your organization, Show Hope, and last summer you opened a six-story facility in Luoyang, China, to provide medical treatment to special-needs orphans. How did if feel to see that open?

We got to do the opening of it. It is full of life and it has got Maria's flowers painted all over it now. The team just went and painted her six-petaled flower all over the building. When you walk in the first word you see is her 'SEE' painted all over the wall. It is almost like, "OK, come in here and you're going to see God!" It is an amazing place that captures everything that Maria's name means to us now. It was a little orphan that came and for a short period of time, marked our lives and changed our lives, showed us better the face and the heart of our God and then left us physically for a while with this longing and this aching for heaven. That is what Maria's Big House of Hope is. It is this amazing, beautiful place. It's full of broken little people who are the least of the least of the least of the orphans. Some can be saved and be helped and some are not going to live very long. Love is being poured into them.