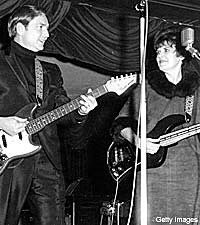 Shirley Collie Nelson, country singer and second wife of the legendary Willie Nelson, passed away on Wednesday (Jan. 27) at the age of 78, CMT reports.

Shirley made a name for herself on television before she hit country radio, as she appeared on ABC's 'Ozark Jubilee' -- a country music variety show -- in the late '50s. She released three singles on Liberty Records in the early '60s, including a duet with Willie called 'Wilingly,' which marked her future husband's debut on the Billboard country charts and her only appearance on the Top Ten. Shirley's first single was 'Dime a Dozen,' penned by songwriting legend Harlan Howard. She followed it with a cover of 'Why, Baby, Why,' written and first released by George Jones. Those two songs both cracked the Top 25.

Shirley and Willie married in 1963, one year after 'Willingly' was released. It was a second marriage for both, as Shirley was first married to famed country radio deejay Biff Collie. Shirley and Willie divorced in 1971 and did not have any children together.