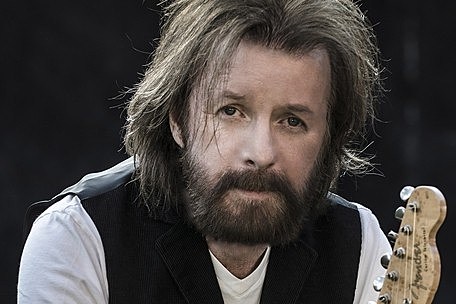 Ronnie Dunn has strong ties to Oklahoma, so the victims of the tornado that swept through the town of Moore on May 20 were of personal concern.

That's why he says he's so proud to get the opportunity to give back to the state by performing at Toby Keith's Oklahoma Twister Relief Concert, which Keith announced Thursday (June 13).

Along with Keith and Dunn, Garth Brooks and Trisha Yearwood will appear. Willie Nelson is also scheduled to perform.

The concert is slated to take place Saturday, July 6 at the University of Oklahoma's Gaylord Family - Oklahoma Memorial Stadium in Norman, Okla. Tickets go on sale Friday, June 21 at 10AM; all seats are $25, all inclusive, all seats reserved, with an eight-ticket purchase limit. The concert's proceeds will go to the United Way Of Central Oklahoma May Tornadoes Relief Fund.

"The ultimate goal is to put as much money and aid in the hands of the people affected by the tornadoes throughout Oklahoma as we can," Dunn says in a press release. "Money is no substitute for the horrific loss of life that this disaster has caused but it can rebuild homes and aid in the replenishment of hope that is an indispensable element to recovery in so many ways."

He reveals that the efforts have been ongoing for some time. "Even before Toby officially announced that he was going to do a benefit concert, we were working behind the scenes to do everything within our powers to enlist friends from the private and business sectors to join in and participate," Dunn relates. "The response has been overwhelming. Human compassion and decency has rallied to overshadow the vanity of celebrity. I'm proud to be joining Toby, Garth, Willie and Trisha to use what we do -- performing music -- to help."