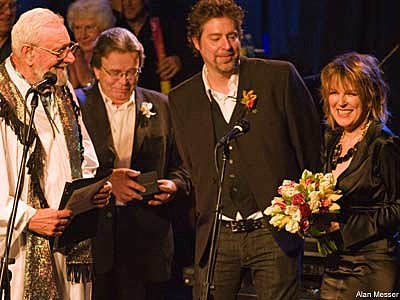 Lucinda Williams tied the knot Friday in front of friends, family and fans. The three-time Grammy winner married her manager, Tom Overby, on stage after her concert at the legendary First Avenue venue in Minneapolis, Minn. Lucinda's public nuptials were modeled after those of the late Hank Williams, who married his second wife, Billie Jean, on stage in New Orleans. 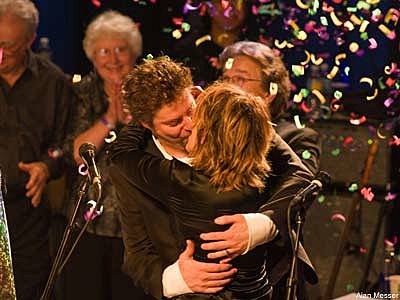