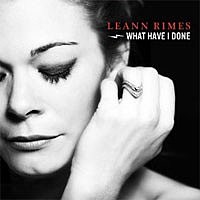 It's not hard to guess what LeAnn Rimes is singing about in her brand-new song, "What Have I Done."

"Oh my love, what have I done? / I shot an arrow at your heart that I can't take back / When I said you were my first love, but you are not my last," she laments in the first verse. (Watch LeAnn sing the ballad in an intimate performance below.)

The 30-year-old star tells ABC News that when her ex-husband, Dean Sheremet, first heard the song, he "probably knew what it was about before I did." She goes on to explain that the lyrics were born out of a lingering guilt she's carried over the way her first marriage ended.

"It was very, very difficult. I wouldn't wish it on anyone ... and especially in the public eye to go through all of it," she says, reflecting on the media firestorm over her extramarital affair with now-husband Eddie Cibrian. "I made my choices and I'm living with them. I also have learned from them and I've talked about this so much. But I know that I'm not the only person that goes through this. There's so many that do."

"What Have I Done" will be released to iTunes tomorrow (Nov. 20). It was supposed to be the first official single from LeAnn's upcoming Spitfire album, but "Borrowed" -- another song inspired by her affair with Eddie -- was released to radio first, due to an overwhelming fan demand for the song.

"I carried the title around with me for about eight months, because I was so unsure of how to write it without offending anyone," LeAnn tells ABC of "Borrowed." "I had to be so honest in order to write it ... I call myself 'pathetic' in the song because that's exactly the way I felt. It was just a pathetic situation. It's like, 'LeAnn, how did you get yourself into the situation?' Then there's this other side of me going, 'I love this man with all my heart and he loves me, and this is so complicated.'"

LeAnn Rimes' new album, Spitfire will be released in the spring.