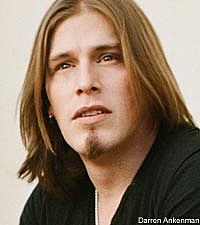 Jason Michael Carroll has left his record label, Arista, where he's been since his breakout hit, 'Alyssa Lies' in 2006. While the singer says he is grateful for his time with the record company, he couldn't hide his surprise when he took to Twitter to announce the split to his fans.

"Unfortunately, Arista & I have decided to go our separate ways," he reveals. "They called & said they would be moving forward without me!"

Still, Jason promises that in spite of his departure, he isn't through making music. "There are plans being made to go back into the studio & record new music, the second week of March," he tweeted "... We will shop them around Nashville & hopefully find someone who believes in what I do as much as you all do!"

Jason's most recent single, 'Hurry Home,' made it into the Top 20. The married father of four insists he will still be hitting the road this year with new music.