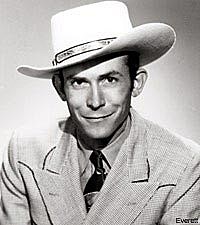 Hank Williams fans will get a glimpse of another side of the singer when recordings of Mother's Best radio shows from 1951 are released next month. 'Revealed: Unreleased Recordings' will offer 50 new tracks featuring not just songs but dialogue between Hank and the emcee of the show as well as his band. The new three-box set follows 'Unreleased Recordings,' which came out last year.
"To me, this is even more exciting than the first set because you get to hear my daddy talk and you get a sense of him, not just as an entertainer, but as a person," says Jett Williams. "That's why we called it 'Revealed.' The song selection is as strong as the first volume, but this time we've done three thematic CDs."

Among the songs on these discs is 'Cold, Cold, Heart,' captured on one of the program's earliest surviving shows. This marks the tune's first public performance. It went on to become his first major hit and the song that took him to the Grand Ole Opry.

Each show is heard in its entirety, exactly the way they were played and performed in 1951. The recordings show off Hank's humor as he jokes with his band. It also demonstrates his love for music as he talks candidly about his favorite songs.
The discs that contained these shows were almost lost to the singer's fans. The performances were recorded on acetates, which were meant to be played only once. The discs were shelved and eventually thrown away. An employee of Nashville radio station WSM noticed them in the trash and took them home. They were eventually given to Jett, who fought an eight-year battle to establish ownership of the music, eventually winning the right to release the recordings.

Hank Williams became a country music legend after his passing in 1953. He scored a number of now-legendary hits in his short career including 'Your Cheatin' Heart,' 'Jambalaya' and 'Lovesick Blues.' His musical heritage is documented in an exhibit currently running at the Country Music Hall of Fame in Nashville. Titled "The Williams Family Legacy," the display features information about Hank, his son Hank Williams Jr. and his grandson, Hank III.