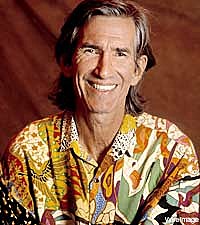 David Broza, an Israeli-born singer-songwriter, met the late Townes Van Zandt just once -- at a 1994 concert in Houston. But the iconic songwriter, who penned classics such as 'Pancho and Lefty' and 'If I Needed You' and died in 1997, gave Broza a shoebox full of his unreleased poems and lyrics at that writers-in-the-round session.

Broza has now taken those poems and lyrics to create 'Night Dawn: The Unpublished Poetry of Townes Van Zandt,' a 12-track album due out Feb. 23 on S-Curve Records.

"It was very mysterious and very sweet and very challenging," Broza tells Billboard. "It's like something I have never experienced before. I'm just beginning to understand what's happening here -- that it's happening. I only hope I've done those lyrics justice, turning that poetry into song as Townes would've liked."

Broza's opportunity to make the album nearly passed him by. Shortly after Townes' death, Broza met with Townes' widow, Jeanene, who requested that he allow her to approach more well-known Townes fans, including Bob Dylan and Willie Nelson, to put the poems to music.

"I knew this was something bigger than me," he says. "I'm not in a position like those people." But eight years later, Broza returned to Houston and called Jeanene to ask what had become of the lyrics. When she told him nothing had happened, they agreed he could make the attempt to turn the material into songs.

"They all deal with death -- almost all of them," says Broza, who spent four years writing music to 10 of the lyrics, and finished one from a Townes demo. The album concludes with an instrumental, 'Too Old to Die Young,' which he dedicated to the songwriter.