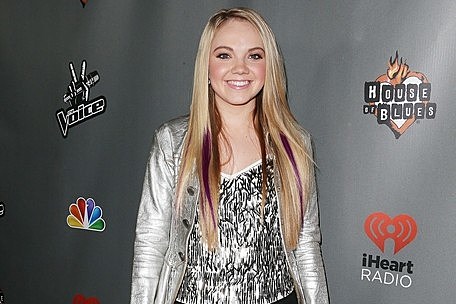 It's been a big week for Danielle Bradbery. The 16-year-old was crowned the Season 4 winner of 'The Voice' on Tuesday (June 18), and signed to the Big Machine Label Group -- home to Taylor Swift, Tim McGraw and Reba McEntire -- one day later.

No word yet on when Danielle will begin recording her debut album, but Shelton has already pledged to help in any way he can.