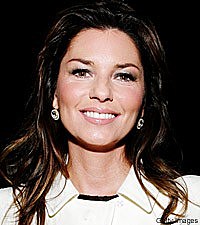 While Shania Twain fans have been anxiously awaiting the release of new music from the international superstar, the singer-songwriter has had to navigate her way through a very public separation and divorce from her husband-producer Robert John "Mutt" Lange after 14 years of marriage. The couple, who also co-wrote many of Shania's most successful hits, were married in 1993 and are the parents of an eight-year-old son, Eja. The Boot looks back at the past two years of Shania retreat from -- and return to -- the spotlight.

The domestic drama began unfolding on May 15, 2008, when Shania's spokesperson confirmed the couple had split. Just days later, matters worsened for Shania's husband as sources began to reveal the reason for the split was that he had been having an affair with Marie-Anne Thiébaud, a secretary and manager of the couple's chateau in Switzerland. "It's absolutely not the reason [for the separation]," he told PEOPLE magazine. "It's not true." He added that it was "literally just a growing apart, that's all."

In early June, Shania wrote to fans via her website, conveying her heartbreak and thanking them for standing by her through the difficult time. "As I am sure you have seen or heard," the singer shared, "I am going through a rough time personally in my life. I wanted you all to know that I could not be getting through this without you. Your letters, emails and words of encouragement give me strength. Your overwhelming support reminds me to smile, no matter how deep the pain and to always be grateful for all the beautiful blessings in my life."

Acknowledging that she had much more to say on the matter, Shania added she was working through her heartbreak by writing music. "This is my therapy, my passion, and my love," she said. "I look forward to sharing it with all of you as I begin this new journey. I need some time to heal this broken heart but make no mistake; I will be back and hopefully stronger than ever. Thank you my friends, from the bottom of my heart."

Shania kept out of the spotlight over the next few months, but in November 2008, she surprised everyone when she returned to Nashville to present Kenny Chesney with the CMA award for Entertainer of the Year (an honor she received in 1999). "It's good to see all of you, too," Shania told the audience as they gave her a standing ovation. "I hope to be seeing a lot more of you."

A couple of weeks later, Shania was photographed at New York's JFK airport with Frederic Théibaud, the ex-husband of the woman accused of having an affair with her estranged husband. Shania and a group of friends, including Frederic were reportedly in the Big Apple to do some Christmas shopping. Frederic was then newly-divorced from Marie-Anne Théibaud and although the nature of his relationship with Shania at that time was unknown, sources said the two have been friends since long before news broke of their respective spouses' alleged infidelity. Friends claimed that Shania and her husband had often taken family vacations with the Théibauds.

In June 2009, a year after her separation, Shania blogged about the past difficulties she'd endured and expressed her hopefulness about the future. She also candidly wrote of how her son Eja (who was seven at the time) sweetly comforted her in one of her more vulnerable moments.

"One time when I was having a weak moment, listening to some sad music and sobbing and slobbering over my computer's keyboard, Eja walked up behind me and asked me why I was crying. He wasn't sad at first -- just totally surprised to see his mom crying and didn't know what to make of it. During this intense period, I was managing to hide my devastation from Eja and cried only when I was alone; but this one time was just too hard for me to control and I broke down. I was quick on my feet to answer him though and told Eja that music was very powerful and can make people quite emotional. It can make you want to dance, feel angry, happy or sad and that THIS this song was sad and made me cry. He accepted this, hugged me and went back to what he was doing. Phew, that was tough!"

Shania also revealed that she had been "experiencing and seeing new things every day, living life with a different and more optimistic attitude. Among her adventures, she said she had jumped out of an airplane at 10,000 feet, was riding Spanish and Arabian horses, traveling to exotic places, and went deep sea diving for the first time. She also mentioned that she would listen to Eja's favorite music with him, "LOUD," adding that, ironically, his favorite band is AC/DC (ironic perhaps because many of the group's albums were produced by Eja's dad, her ex-husband). Shania once again apologized to fans for the delay in releasing new music. 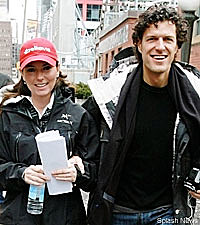 On August 29, 2009, Shania's 44th birthday, the singer offered fans another glimpse into her personal life via her website, opening up about her budding relationship with Frederic Théibaud.

"A dear friend and true gentleman by the name of Fred, has been the most constant companion of support for both Eja and me," she wrote at the time. "And having gone through the suffering of his family splitting apart at the same time under the same extreme circumstances, he understood me better than anyone. We leaned on one another through the ups and downs, taking turns holding each other up. We've become stronger and closer through it all, as have our children, Eja and Johanna (Fred's 8-year-old daughter)."

Earlier that day, a photo of the couple holding hands and wearing what appeared to wedding bands, sparked rumors of marriage, although a rep for Shania said they were neither engaged nor married.

Shania traveled to Chicago later that week to join the 'American Idol' judges at the season nine auditions. She would go on to mentor the top six finalists later in the season -- and proved rather prescient with this comment on her blog in April 2010: "It was fantastic to meet up again with Crystal [Bowersox] and Lee [Dewyze], two of the artists that I rooted for at the auditions in Chicago. I'm pleased they're still in and wish them luck tonight." Crystal and Lee would, of course, go on to be crowned runner-up and winner of this season's competition.

In December 2009, Shania spent the holidays with family in Canada, enduring a rather harrowing trip to get there! Her family time, which included playing music by a roaring fire, was documented in an entertaining YouTube video clip.

The Canadian-born songstress rang in 2010 in her hometown of Timmins, Ontario, by carrying the Olympic torch through the town. The following day, she donated the torch and her full uniform -- pants, jacket, hat, shoes, and red mittens bearing the Canadian maple leaf -- to the Shania Twain Centre in Timmins.

Shania left the frigid north for warmer weather, spending time in the Caribbean, where she told fans she was feeling inspired. "The sunny weather gets me into writing mode," she wrote on her website. "Many of the songs from 'The Woman in Me' and 'Come on Over' were written in the tropics, so it's a good place for me to be creative."

As 2010 got underway, the promise of more Shania sightings was becoming a reality -- or more specifically, a reality TV special. In April, it was announced that 'Why Not? With Shania Twain,' an hour-long special on OWN: The Oprah Winfrey Network, would follow the singer "as she begins her climb back to the top, a personal journey filled with risk, revelations and unexpected adventures."

Detailing some of her darkest days, Shania told Oprah at the time, "I feel like in a way I'm starting over, with everything. This is a very personal experience that I think is important to share. This is an experience of recovery. I was in a very deep, dark slump, and I needed to find a way to get myself out of it. I had to force myself back out into life, back out into experiencing things."

The show will reportedly air in January 2011, the same month OWN will officially launch.

In June, Shania spoke at a charity gala for the Swiss Red Cross, for which she serves as an honorary patron, saying, "I would like to visit people, perhaps desperate in sensitive areas, and bring them comfort through music. I imagine something very simple, acoustical."

On June 9, it was announced that Shania's divorce had been finalized in Switzerland. A source close to the singer told PEOPLE magazine that Shania was "radiantly happy," dancing the night away with Frederic at the Swiss Red Cross Ball.

Just when fans will see Shania dancing across a concert stage or hear her new music remains unknown, but with the roller coaster ride her life has been in just the last two years, there's little doubt the music she shares on her return to the spotlight will tell quite a compelling story.