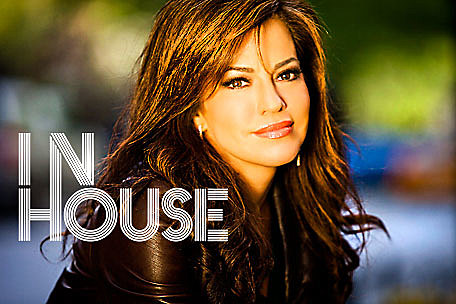 Robin Meade is easily recognized as the host of HLN's "Morning Express" but she's also been making headlines in Nashville, 250 miles from her Atlanta home, working on a country-music career. In this exclusive video interview, the singer-songwriter dishes details on her debut album Brand New Day and how newsmakers have inspired her tunes, even if the songs aren't exactly "ripped from the headlines." She also reveals why military service members get a special shout-out on every "Morning Express" broadcast.

Have any of the stories you've covered on your show inspired your music?

This current album came out in June and since then I've added two bonus tracks to it. One of them was actually slated to be a part of the first album but it just didn't fit with all the other songs. It's a tune about a black widow, a killer bride. The day I went into that writing session, I was with Victoria Shaw and she brought in Matt Lopez from Due West. We were writing together and I said, "I love story songs, I want to do a story song, maybe inspired by all these court cases that I cover. Not any case in particular but we wrote about this chick. She's dark, but you don't know it at the start. It's called "The Truth" and it's more than just a story about a lady and this "Law and Order" twist. You find out she's been offing her husbands and she's on number 10. She's been changing her name and her ring for years. But the chorus is also about the concept of what truth is. She says, "I didn't do it and it's the truth." The truth is just a bunch of lies until it's not. That says a lot about the news too, right? One channel may say, "This is what happened," and another gives you an entirely different take. So, perception is our truth.

What do your HLN peers think of your music career?

Well, wisely they tell me they like it. [laughs] I hope that they like it! They've been really supportive. As journalists we deal so much in facts and figures and whether things are right. This way, I'm able to express my creative side and they're very supportive. But I think that's because we all have more interests in life than just the jobs that we do. So, my weather guy, he's supportive of me and my music because he is a surfer at heart. We have all different sides. If they didn't like it, I would cut their time. [laughs] I'd say "Wrap!"

You've been very adamant that music is your second career. Is that hard to explain to people?

Thankfully, not. I don't have to defend that. I do the news in the morning and then I go home and play the piano and sing. I don't have to defend that like I would if I were a journalist say, 20 years ago in television. I think that if we looked around and we saw Dan Rather at the time, at the grocery store in sweats we'd say, "No, you have to be in a suit up there talking very regimented." But I'm lucky that I live in this time with Facebook and Twitter where people get to see all sides of ourselves.

I do have to remind people that this wasn't just a passion project. I don't intend that album to be a one-off and yet I don't want to leave the news either. Maybe it's hoggish of me but I think we can do more than one thing. It's not easy, because with music nowadays, to make good money you've got to be out touring. But my butt has to be in the anchor's seat five days a week, so that's something I can't do. On the other hand, there are things that I can do -- because I'm a news anchor -- that traditional artists can't do. I think I had instant credibility by the people that agreed to come work with me. Name recognition helped me open a lot of doors. But I'm well aware that a lot of recognized people have come to Nashville in the past and said that they were serious about music, made an ego project and were never heard from again. I don't want that to be the case either. I intend to keep coming back.

One of the most popular parts of your show every morning is your Salute to the Troops. How did that start and have you ever thought about doing a USO tour?

I would love to do a USO tour! I don't know how those come about or who pays for them because that means you've got a whole band and you're trekking either domestically or all the way to Iraq. I don't know how it gets done but I would love to do it! It started with someone mailing me a mug from one of the bases and I happened to hold it up one day. This is about six years ago and we had this flood of email and feedback from troops wanting to be featured. I realized that there's this whole community of people that just wants to know that we think about them. And of course we think about them, but what can we do for them? So it's just a 30-second segment every day, usually a family member saying, "I want to salute my dad who's serving in Afghanistan." I feel like it's the least we could do.