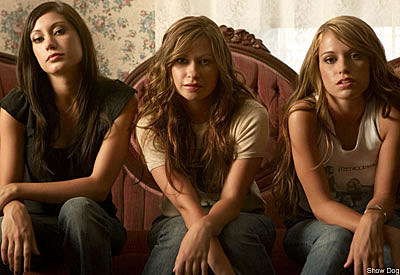 Why We Dig 'Em: These sisters have come a long way since singing on Waylon Jennings' 1998 country album for kids. The singing-songwriting trio has wowed audiences with their delectable harmonies and impressive piano and guitar playing. Carter's Chord's debut album is being released today on all major online music outlets. The CD is a family affair, as it was co-produced by their dad and Toby Keith, and includes one song written by the woman who inspired the band's name -- their mom, Carter Robertson.