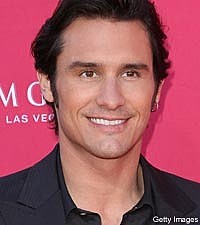 Two years ago, Joe Nichols released 'Real Things,' an album lauded by no less than the New York Times as one of that year's best. While his personal life since that time has been both celebratory (his marriage to Heather Singleton, whom he's known since they were both 18) and challenging (a stint in rehab), Joe has continued to develop his distinctive style as a vocalist, earning him favorable comparisons to the likes of country legends Merle Haggard, Gene Watson and George Strait.

The 32-year-old Rogers, Ark., native starts the next chapter in his music career with the Sept. 29 release of 'Old Things New,' his fifth album for Universal South Records. And even though the title suggests applying a more modern spin on all things traditional, Joe says it's not about following the increasingly dominant pop-country trend.

"If one artist sells five million albums, the tendency is for other artists to say, 'Maybe I should do a little of that, too. That can be tough to resist. But something inside me tells me to stay true to who I am and to stay on my own path. I truly believe that if I do that, there's something better for me down the road."

One of the roads Joe will be traveling is Broadway -- no, not the main thoroughfare in downtown Nashville, THE Broadway, in New York City. Earlier this year, it was announced that Joe had landed the lead role in the Broadway adaptation of the 1992 film, 'Pure Country,' which starred George Strait.

Not bad for a guy who once sold frozen meat out of the back of a truck!