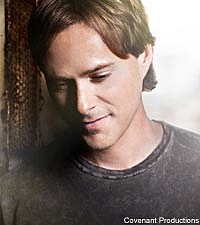 After taking an almost 10-year hiatus, a move that would signal the end of most careers, Bryan White is boldly reappearing on the country music scene. Releasing his latest studio album, 'Dustbowl Dreams' this week, Bryan explains what took him so long, and why now is the time to come back.

"After a decade of building my career and being on the road so much, I was spent, mentally and physically," he says. "I knew I needed to get away and take some time to breathe and do some of the other things I had always dreamed of."

Those things include marrying actress Erika Page and becoming father to two boys. Now, with the long respite behind him, Bryan is ready to step back into the music scene, assuring fans the music will be worth the wait.

"I found my true identity, not only as an artist and a songwriter, but as a human being," Bryan says."I realize now that life is an incredible gift and it's meant to be lived on purpose. Music is a gift and a great vehicle, but it's really about what happens beyond the music for me. What kind of legacy did I leave as a husband, as a father, and a friend?"

The album centers around Bryan's journey away from home, which in many ways took him right back to where he started. "The song 'Dustbowl Dreams' was inspired by my pride as an Oklahoman, my fascination with my lineage and history, and identifying with the grit, soul and spirit of Oklahomans, especially during the Great American Dustbowl. I love to think of myself as a product of their perseverance. 'Dustbowl Dreams' is, in essence, the American dream."

Even though there are plenty of new faces on the country scene now, Bryan, who scored four No. 1 singles, isn't worried about achieving any of his earlier success again. "I've already swung the bat hard and put the ball out of the park. I have nothing left to prove but I have a lot more to say,"