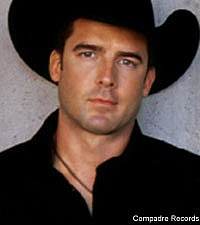 Trent Willmon is auctioning off a prized Alvarez guitar he's owned for years to help raise money for the costs of cancer treatment for his dear family friend, Robin Boozer. Not only has it been Trent's main stage guitar for several years and used in his music video for 'Broken In,' he's also had the instrument signed by nearly every artist with whom he's shared a stage.

"When someone you love is diagnosed with cancer, it's a wake-up call," Trent tells The Boot. "It becomes a real disease; not just something you hear about on TV. Just the magnitude of the cost of treatment is devastating, let alone the agony of the chemotherapy and the fear of what the future holds. I want to help however I can."