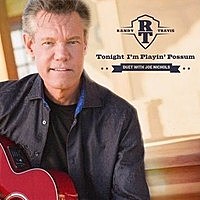 Randy Travis was among the friends and peers who gathered at the Grand Ole Opry in Nashville to pay pay tribute to the life and legacy of George Jones at his funeral, and now he's taking it a step further. On Wednesday (June 12) the singer released a song in honor of Jones titled 'Tonight I'm Playin' Possum.'

Joe Nichols lends his voice to the track as well. "It was an honor when I received a request to record this tribute to George Jones, and after I heard how well Keith Gattis had written 'Tonight I'm Playin' Possum,' I was excited to record it," Travis says in a press release. "Thanks to Joe Nichols for coming in and helping on this project."

'Tonight I'm Playin' Possum' is currently streaming live at Travis' website, and it's available for purchase at iTunes.