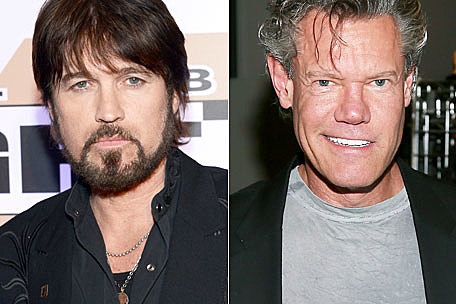 Billy Ray Cyrus, who shot to fame more than 20 years ago with his hit, "Achy Breaky Heart," garnered a whole new series of fans when he appeared on the 2001-2004 TV series, "Doc." The Kentucky native, who has since appeared in several TV shows and films, including "Hannah Montana" and "The Spy Next Door," hopes to soon become a regular on the small screen again, alongside one of country music's most iconic stars.

"I filmed a pilot with Randy Travis called 'Still the King,'" he reveals to Billboard. "I play a dysfunctional Elvis impersonator who becomes a preacher. Randy's the sheriff. It's a great story, and I think it will find a home pretty soon."

The jack-of-all-entertainment-trades also just released his memoir, "Hillbilly Heart," which chronicles his life from childhood all the way through his musical success (and struggles), and living in the spotlight with his famous daughter, Miley Cyrus. While he may have summed up his life so far in the pages of the book, Billy Ray says there is still plenty more he wants to accomplish.

"I've written a bunch of new songs for an album I'm going to record this summer. I start a new movie the first week of May called 'Like a Country Song' that is filmed here in Nashville ... I love acting, being a singer/songwriter, and being here in Music City at this time in my life -- coming full circle with the book is quite unique."

The 51-year-old says writing the book was healing for him, even though much of the process was painful at the time. "The book is just the truth," he tells The Boot. "But in writing it, [I was] remembering and uncovering so many things that I had tried to bury away somewhere because they were painful to think about. Writing the book has been therapeutic."