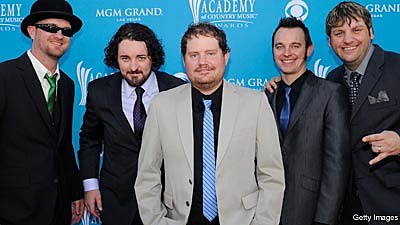 The Randy Rogers Band's new album, 'Burning the Day,' will be released later this summer. And if its first single, 'Too Late for Goodbye,' is any indication, the project is sure to be a success for the country-rockers.

"We feel like this is going to be a huge record for us," Randy says. "Radio is getting on it early, which will help us to get the music out to the fans."

'Too Late' was the second most added song at country radio last week, landing just behind Lady Antebellum's 'Our Kind of Love.'

The success of the single and the release of the new CD comes at a bittersweet time for Randy and his family. Becky Aman, the sister of Randy's wife, Brooke, died May 30, according to a post on the band's website. It was just days before the June 4 birth of Randy and Brooke's daughter, Isabell Ruth Rogers.

The group's self-titled 2008 album, produced by Radney Foster, peaked at No. 3 on the country chart. 'Burning the Day' will be released Aug. 24, with nine of its eleven tracks written by the band. Check out the Randy Rogers Band tour schedule here.