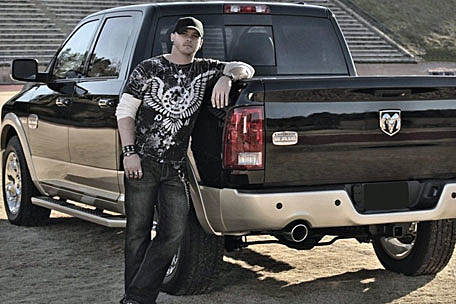 Need a new truck? How about one driven by Brantley Gilbert, Billy Currington, the guys in Zac Brown Band or Easton Corbin? Each of the artists drove a Doge Ram truck to be auctioned off as part of Ram Jam, with all the proceeds benefiting a charity of their choice.

Brantley's auction, which is open now and runs through Feb.15, benefits Iraq and Afghanistan Veterans of America (IAVA), which assists veterans of Iraq and Afghanistan and their families. Billy's auction, which will begin on Feb. 19 and run through March 1, will raise money for Team Rubicon. The non-profit combines the skills and experiences of military veterans with medical professionals to send emergency response teams into crisis situations.

The Zac Brown Band's auction begins on March 5 and will go until March 15. Proceeds from their auction will go to their own charity, Camp Southern Ground, which will open in 2014, helping special needs children with various therapeutic and recreational services.

Easton Corbin's auction, which begins on March 18 and runs through March 28, will benefit the Freedom Alliance Scholarship Fund, which awards college scholarships to children of members of the Armed Forces who have been wounded in battle.

The notoriously charitable Kellie Pickler also participated in the fundraiser. While her auction is now closed, the blond beauty's truck raised money for the USO.

Bid on the Ram trucks here.