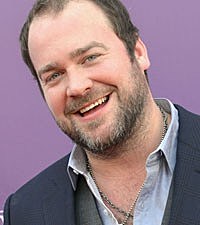 Lee Brice has his third consecutive chart-topper from Hard 2 Love, his critically-acclaimed sophomore album. This week, his poignant "I Drive Your Truck" takes the No. 1 spot on both the Billboard and Mediabase country singles charts. "I was immediately drawn to this song, so I'm not surprised that fans have connected to it like they have," gushes the singer-songwriter. "Since we put it out as a single, fans from across the country have shared their own truck stories through just about any way they can -- calling into the radio, on tour at meet-and-greet, Twitter, Facebook, emails and texts. I'm just glad I got to be a part of this special song."

Sunday's ACM Awards saw its best ratings in 15 years. With Nielsen data reporting more than 15 million ACM viewers, the live CBS broadcast was the most-watched show of the night.

Kid Rock's summer tour will be cheap! The singer and his Twisted Brown Trucker Band are offering tickets in all sections of the concert venues for just $20. Lower prices are also being planned on everything from parking to beer for every show in every city. Kid Rock will perform in amphitheaters beginning June 28 in Bristow, Va. The tour runs through Sept. 15 in Tampa, Fla. Kool and the Gang, ZZ Top and Uncle Kracker have been confirmed as opening acts on select dates. Tickets go on sale in select markets beginning April 12 here.

Scotty McCreery is championing an effort to motivate teens to get involved with the launch of the first ever "Peanut Butter & Jam Slam." The goal: to collect one of the most requested food items at food banks, peanut butter. DoSomething.org and Walmart are teaming up with the "American Idol" winner, who appears in a national public service announcement encouraging teens to get started on peanut butter and jam drives. "Millions of kids experience hunger every day, but it just doesn't have to be this way," says the singer. "That's why I am lending my voice (yes, very low voice) to help motivate teens to collect jars of peanut butter and jelly to help fight hunger." The campaign, which launched on April 2 ("National Peanut Butter and Jelly Day") runs through May 14, 2013. Watch the PSA -- and see the 19-year-old's special PB&J recipe, which features a secret ingredient -- here.

Brad Paisley's new album, Wheelhouse hits stores tomorrow (April 9). He's celebrating this week in sunny Los Angeles, where he'll visit "The Ellen DeGeneres Show" and "Dancing With the Stars" on Tuesday. On Wednesday, he'll perform on "The Tonight Show With Jay Leno." Then, the "Beat This Summer" singer jets to New York to appear on "Good Morning America" on Friday.

How'd you like to walk in Miranda Lambert's shoes? The ACM Female Vocalist of the Year is designing a shoe line with Rich Footwear Group, which will include casual shoes, dress shoes, sandals and boots. "From country to rock 'n roll, my goal is to style shoes that fit your inner outlaw," says Miranda. The singer's shoe line is expected to go on sale in the U.S. and Canada in early 2014.