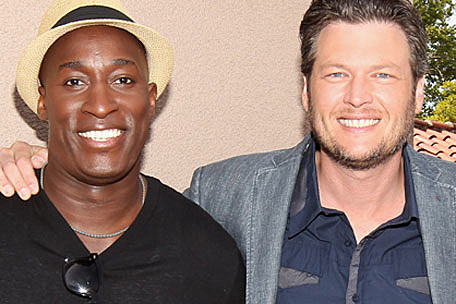 Jermaine Paul and Blake Shelton have been dubbed "The Odd Couple" on "The Voice," as the R&B/soul singing contestant and his country crooning coach are indeed worlds apart, musically. But it's perhaps that difference that works in their favor, as Blake admits Jermaine is just as much of a teacher to him. The former backup singer for Alicia Keys is now one of the final four on the hit NBC show and may just walk away the winner on tonight's (May 8) season finale.

Monday night, each contestant sang a song in tribute to their coach. Watch below as Jermaine puts his own spin on Blake's chart-topping, emotional song, "God Gave Me You." And in the second video player below, Team Blake takes on "Soul Man" in a killer duet that proves their coupling really isn't that odd.