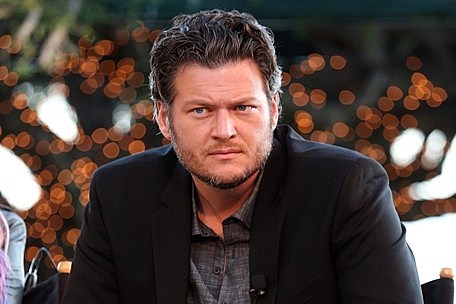 Blake Shelton took to Twitter Tuesday night (June 4) to vent his displeasure with a Houston-based critic whom he felt had slighted Holly Tucker, a member of his team on 'The Voice' who was sent home earlier in the night.

In a series of profanity-laced tweets, the country star challenged Joey Guerra, a music critic for the Houston Chronicle, to come repeat his comments to his face.

"#TheVoice sends one singer back to Texas. Don't worry, it's not the one we care about," Guerra tweeted, linking to his recap of the episode, in which he wrote, "OH. Holly Tucker is gone. It took much too long. But finally. Back to Baylor University in Waco for you, madam."

Tucker is from Waco, Texas, three hours away from Houston, while Danielle Bradbery, who remained in the competition, is from Cypress, Texas -- which is just 30 minutes away.

If Guerra meant his remark to reference Houston's hometown support for a local competitor, that's not how Shelton took it. "It's people like you @joeyguerra that make me sick... Holly is not only a talented singer but a great person that's simply chasing a dream," he posted to his Twitter account a short time later.

Shelton continued his rant in several subsequent posts, inviting Guerra to "come tell me to my face how terrible some of these kids are face to face..? You won't. Ever." He added, "I swear to god I cant understand the mentality of a grown man ripping on young kids over and over again for just trying their hardest. Kids!"

Finally, Shelton apologized to his Twitter followers for the thread, writing, "I'm sorry for going off y'all... But I am passionate about encouraging young people to follow their dreams.. We GOOD people don't need hate."