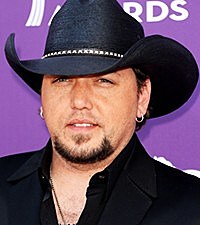 The nominees for the 12th annual music awards show, oft considered country's "wildest night of the year," will be announced on May 6, followed by this year's star-studded list of performers and presenters. [CMT]

Lady Antebellum's new album Golden is out this week (May 7)! In a new interview, band member Chris Kelley says that despite the trend of country and pop music crossovers, the band is remaining loyal to their country roots. [USA Today]

Thousands showed up to pay tribute to country legend George Jones -- who passed away last week -- at Nashville's Grand Ole Opry House yesterday. Kid Rock, Brad Paisley and Randy Travis were among the performers at the memorial service. [GAC]

Tate Stevens, winner of the "X Factor" TV talent show, is winning big all over again -- his self-titled debut album debuted at the No. 4 spot on the Billboard Top Country Chart this week. [TasteOfCountry]