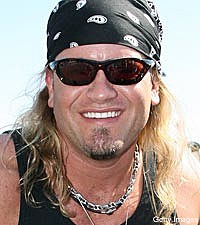 Ira Dean, former bass player for Trick Pony, has created the theme song for 'Golden Tee Golf',' the most successful coin-operated video game in history, according to the Golden Tee Golf website. His hard-rocking anthem, 'Its Golden Tee,' will be featured on the game's 2010 edition.

"When I was on tour with Trick Pony, the first thing we'd do after a show is find a bar that had Golden Tee," says Ira, a longtime player of the game. "We'd hunker down there for hours. I'm a serious golfer and competitive by nature. This is as close to the real thing as it gets."

Golden Tee has grossed more than $2.5 billion in its 21-year history. There are over 100,000 of the video-game units in the bars and pubs of more than a dozen different countries.

Ira's songwriting success is on a roll. Earlier this year, 'One in Every Crowd,' which he co-wrote, reached the Top 5 for Montgomery Gentry.