Artists and their record labels work hard to decide which songs on an album are the best fit for country radio. But sometimes the best tracks are overlooked! In our not-so-humble opinion, these are the ten current album cuts we hope will get the radio single treatment soon. Do you agree with this list? Let us know in the comments section below your favorite tracks from recent albums that you'd like to hear on the airwaves. And check out our previous list of songs that should be singles here.

Reba scored her 34th No. 1 single in 2010 with 'Turn on the Radio,' nearly 28 years after she reached the top with 'Can't Even Get the Blues' in 1982. If the country icon hopes to extend her chart-topping reign into an impressive fourth-consecutive decade, her best bet would be to release 'The Bridge You Burn,' a banjo and fiddle-fueled tune that perfectly showcases the singer's signature vocal styling.

It would be easy to dismiss Frankie as just another party boy with a catchy song, based on his current Top 40 hit, 'A Buncha Girls,' but further inspection of his debut album provides a promise of a gifted young artist, especially with the solemn 'Sober Me Up.' Once the summer months start winding down and his current single charges its way up the chart, 'Sober Me Up' would be the perfect transition in the changing of the seasons. 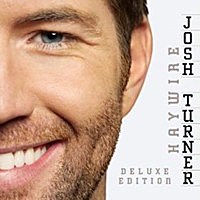 With a blissful marriage and a new baby at home, it's no surprise that the 'I Wouldn't Be a Man' singer excels at delivering straightforward love songs. Once the aforementioned Don Williams remake finds its way to the top of the chart, our choice as the follow up single would be 'As Fast As I Could,' a breezy bluegrass-inspired mid-tempo song that would fit right in with Josh's impressive catalog of hits.

Listen to 'As Fast As I Could' | Download It

With the new crop of talented duos vying for radio airplay, Steel Magnolia's soulful harmonies give the real-life singing couple an unmistakable vocal identity. While members Joshua Scott Jones and Meghan Linsey reminisce the good times on their current single, 'Last Night Again,' this heartbreaking ballad finds the two prolonging an inevitable split until the morning. With excellent material like 'Not Tonight,' Steel Magnolia are a clearly capable of following in the footsteps of country music's famous singing couples.

Walker first charted with his quirky first single, 'Pants,' introducing a confident, young artist with a undeniable charisma and unique writing style. 'Cherry Stem,' once again, showcases a strong lyricist with a knack for writing a heartbreak song with a twist. With a strong vocal phrasing unlike anything at country radio right now, 'Cherry Stem' would likely give this deserving new artist his first bona fide hit.

Brad delivered in a big way with his latest album, the aptly-titled 'This Is Country Music.' The 15-song collection is an outstanding tribute to the heritage of country music, and a strong affirmation that the genre will continue to thrive in capable hands. If anyone is able to reach the top spot with a spiritual bluegrass song like 'Life's Railway to Heaven,' it would be the reigning CMA Entertainer of the Year and this generation's ambassador of country music.

With 26 Grammy awards and a handful of gold and platinum-selling albums, Alison is not an artist who relies on radio airplay to fuel her commercial success. While she may not lose any sleep at night, we are appalled that it's been nearly 16 years since this generation's most celebrated female musician had her first (and only) solo country Top 10. If radio decides to give the bluegrass legend the recognition she deserves, 'Miles to Go,' from her latest Union Square collaborative album, 'Paper Airplane,' is the perfect place to start.

3. 'The Luxury of Knowing,' Keith Urban

Although Keith is an accomplished songwriter in his own right, the talented Aussie has been known to cover exquisitely-written songs from some of Nashville's finest tunesmiths. Penned by Lori McKenna, 'The Luxury of Knowing' proves that Keith has the uncanny ability to find top notch material and make it his own.

It's been nearly three years since Lee Ann has released a new studio album, leaving fans hungry for fresh tunes from mainstream country music's female traditional beacon. With 'Liars Lie,' which appears on the 'Country Strong' soundtrack, the Texas native sounds as refreshed and confident as she did when she burst onto the scene 14 years ago with 'Never Again, Again.' Until Lee Ann is ready to serve up the first single from her next project, 'Liars Lie' is a worthy candidate to become the singer's latest radio hit.

Little Big Town hand-clapped their way back onto country radio's radar with their Top 10 hit 'Little White Church,' reminding listeners that the talented foursome possess some of the most flawless harmonies in country music. Although it is difficult to choose a clear standout track from their stellar album, 'The Reason Why,' 'Shut Up Train's' earthy production, combined with the gritty lead vocals from band member Karen Fairchild, is sure to stop country radio listeners in their tracks.