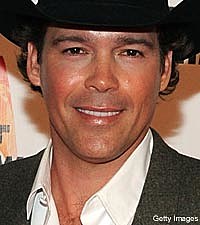 Clay Walker returns to the spotlight next month when he releases his new single 'She Won't Be Lonely Long' from his upcoming album on Curb Records. The song is the first release from Clay's ninth studio album, which is set to hit stores next year. It also happens to be his first single released since 2007's 'Fall.'

"I wanted the first single off my forthcoming album to reflect the work I've been doing to become the artist I want to be," explains the Texas native. 'She Won't Be Lonely Long' is an example of these steps and this work. Lyrically, it's a song that resonates with both women and men because we all want to look our best once we're unexpectedly 'back on the market.'"

Clay first hit the country scene in 1993 with 'What's It To You.' Since then, he's sold more than 11 million albums and topped the country charts 11 times.