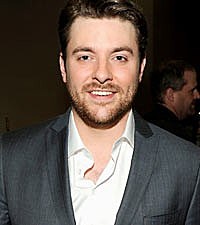 Touring is a tough business, and country singer Chris Young can prove it. Just last week, the "Neon" crooner had a close call when his tour bus almost burst into flames.

According to Country Weekly, Chris and his crew were headed to a show in Charlotte, N.C. when the whole mess started. The singer's tour manager ordered everyone to evacuate the bus as quickly as possible.

The fast thinking spared the crew from getting hurt, but they were still left a bit shaken up.

"It was about five seconds from being in flames," the singer recalls. "There was smoke coming out of the back of it, and it was red. We put it out with a fire extinguisher. Thank God we did."

Touring in the hot summer heat sure can wreak havoc on your ride. However, Chris says he's happy he's not a part of the "Bus on Fire Club," referring to fellow singers Jerrod Niemann, Justin Moore, Randy Houser and Lee Brice's recent bus blazes.