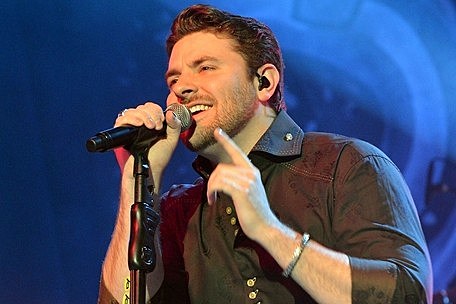 Chris Young chose a creative (and somewhat confounding) way to reveal the title and release date for his next album. In a couple of postings to Vine, the 'Aw Naw' singer enlisted fans to help him with two stop-motion videos, which play for six seconds on a loop. Watch them closely and you can put together some of the images to reveal the details for the new upcoming album.

Young wrote, "And the name of my new album is..." accompanied by the following video:

Though it gets pretty confusing, it seems like the album is most likely titled 'A.M.'

Young then posted, "Thanks to everybody for helping me announce my new album! It will be available on..." along with this clip:

The singer, who rose to fame by winning 'Nashville Star' in 2006, has scored a string of hits including 'Gettin' You Home (The Black Dress Song),' 'You' and 'Tomorrow.' His third album, 'Neon,' peaked at No. 2 on the Billboard Hot Country Albums chart. His upcoming record is his fourth studio album. Its first single, 'Aw Naw,' has already been released to country radio.