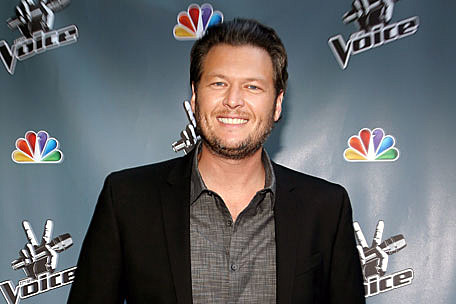 It's that time again. Time for the race to decide the fate of our country and to anoint our chosen leader.

No, not that race! Frankly, we're tired of that one! We want to know who the leaders in country music have been in the past year. And now that the fields have been narrowed with the Country Music Association's nominations, all that's left is to cast our ballot for those we feel are most deserving of the honors in each category. Then we get to sit back, enjoy the show and bask in the glory of the night's big winners (until it's time to critique what everyone was wearing, that is). The 46th Annual CMA Awards will take place on Thursday, Nov. 1, live from Nashville, but there's still a lot of work to be done before the stars put on their fancy threads and walk the red carpet in hopes of hearing their name called from the podium. So, to get things going, we're taking a closer look at the nominees we think have the best chance of winning on Country Music's Biggest Night. And in spite of debate fatigue, we welcome your opinion on the matter. This is, after all, a free country. We're The Boot and we approve this message.

Blake Shelton makes us laugh on a daily basis via Twitter and comes into our homes on a weekly basis thanks to "The Voice." But when it comes to putting on a live show, he's seriously committed to giving fans everything he's got and then some. He was always more than just the lucky SOB who married Miranda Lambert (although we still sort of not-so-secretly envy/hate him for that), but in the past year he has graduated from Male Vocalist to Entertainer status, all the while retaining his mischievous, naughty-boy charm -- and singing his hillbilly a-- off.

New Artist of the Year

This may just be the closest race of the entire night. Three male artists (Lee Brice, Hunter Hayes and Brantley Gilbert), all of whom have had No. 1 singles in 2012, are up against two duos (Thompson Square and Love and Theft), the former who are the Academy of Country Music's reigning Top Vocal Duo and the latter who re-emerged as a duo and quickly hit No. 1. The popular advantage goes to Lee Brice, but we're picking Hunter Hayes, who would be one of the youngest winners ever in this category. 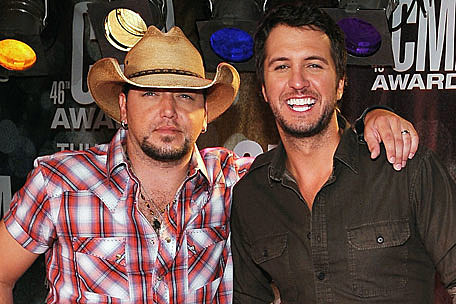 Here's where things really get tough. Although Jason Aldean was probably a shoo-in for this a few weeks ago, now, due to recent news-making events, we're not as sure. Eric Church topped all other nominees but even so his chances still feel a little slim. Keith was busy with TV and making a new album, so he's the long-shot this time. So, if Blake doesn't take the night's top prize, this will be his to lose. But, based our own prediction, Blake will lose this one -- if not to Jason, then to Luke Bryan. See, we told you it was a tough one.

Album of the Year
(Award goes to the artist and producer)

Five incredible bodies of work are represented here and we are fans of every single one of them. Our favorite of the bunch is Miranda Lambert's but she has won this honor before. Dierks Bentley would certainly be a great choice -- and even though he scored two other nods, he was woefully under-nominated this year. But in terms of albums that delivered something unique to country fans, we're feeling positively presidential, so we say hail to the Chief and Eric Church!

Vocal Group of the Year

Lady Antebellum's three-year run at this one will very likely come to an end as Little Big Town earns their first win in the category. Their CMA statuettes will look pretty snazzy sitting right next to those Pontoon Salesperson of the Year trophies. But knowing how these awards show like to restrict the amount of time for thank-you speeches, maybe they'd better appoint one of them to speak for the entire group. Or they could just sing "Thank You" in that dazzling harmony that makes this honor long overdue.

Vocal Duo of the Year

CMA voters can often be creatures of habit when it comes to their ballots, and here's the category that could reflect that the most. It would be hard to argue with handing this to Sugarland for the sixth consecutive year. But now that it's been two years since their Incredible Machine album, even though they've stayed busy on the road and with other side projects (which, for Jennifer Nettles, include pregnancy and the "Duets" TV show), their chances may be slimmer than usual. But we're still "Stuck Like Glue" on the dynamic duo.

Last year, the Band Perry walked away with this (and Song of the Year) for "If I Die Young." While Blake Shelton could repeat the trio's feat and claim both prizes this year, for a tune that's just as sweetly sentimental, Eric Church stands to show everyone who's Boss by taking this honor for "Springsteen." But did any other single in 2012 fit more perfectly at country radio throughout the summer than "Pontoon"? We'll give it to Little Big Town by a (waterlogged) nose.

Song of the Year
(Award goes to the songwriters)

Blake Shelton co-wrote the nominated "Over You" with wife Miranda Lambert, so there's a good chance he could win in this category. But even if he loses for that song, he could still sort of win anyway, for having recorded the hugely successful "God Gave Me You," written by Dave Barnes. He won't take home the actual trophy, but for introducing fans to it he'll still be able to take ample credit for the win. Interestingly, it's the only song in the category penned by just one person. 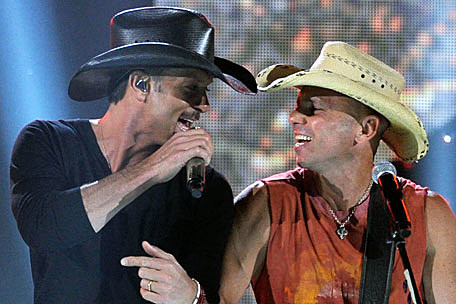 Let's hope the presentation of this particular award isn't relegated to the pre-broadcast. We could miss out on a delightful wacky water-cooler moment if Willie Nelson, Snoop Dogg, Kris Kristofferson and Jamey Johnson take the honor for "Roll Me Up and Smoke Me When I Die." Truthfully, though, we're pretty confident this award will go to Kenny Chesney and Tim McGraw for "Feel Like a Rock Star." Maybe they'll act like rock stars and do something crazy! Hey, they've done it before.

What Little Big Town did for pontoons, Toby Keith did for red Solo cups. Actually, that's probably not true, as we're certain not a weekend has gone by during which an untold number of the colorful containers have been sacrificed in the name of a good -- and often too-good -- time. Yes, it's a little unsettling watching 51-year-old Toby stroll through a house teeming with young college co-eds. But for sheer entertainment value and dedication to its theme (as questionable as it may be), "Red Solo Cup" is the Abbott to our Costello. Whatever that means.

Musician of the Year

It's quite literally the unsung award of the evening. But Nashville is driven by the artists who walk into a studio, play their chosen instrument and move on to their next session or other project. Many of the best players in town should be household names but too few actually are. The nominees in this category have their names on hundreds (maybe thousands) of album credits, and for the past four years, Mac McAnally has won the honor. But we're going with guitarist-producer Dann Huff. A winner in the catgeory in 2001 and 2004, this past year he co-produced Hunter Hayes' self-titled debut album and you can even hear him on Taylor Swift's "Begin Again."

Those are our predictions, how about yours? Let us know on our Twitter or Facebook page, or in the 'Add a Comment' section below. Then tune in to see how we did when the 46th Annual CMA Awards, hosted by Brad Paisley and Carrie Underwood, air live, Nov. 1 at 8:00 PM ET on ABC.

2012 CMA Awards Nominees ListSign Up for Our Newsletter