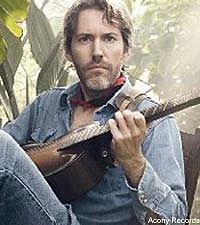 Nominees for the Americana Music Association's 2010 Honors and Awards ceremony were announced today at a reception hosted by BMI at the W.O. Smith School of Music in Nashville.

Emmylou Harris and Todd Snider took the stage to reveal the complete list of nominated artists, songs and albums to a crowd that included industry executives, artists and supporters of the burgeoning Americana movement.

The announcement of the nominees was preceded by a rousing performance from old-time string band Carolina Chocolate Drops, who later learned they are nominated in the Duo/Group of the Year category. The trio currently have the No. 2 album on the Americana Airplay Chart.

The Americana Honors and Awards ceremony, celebrating its ninth year, is slated for Sept. 9 at Nashville's Ryman Auditorium, with returning host Jim Lauderdale and a house band led by Buddy Miller. The awards show is the centerpiece of the annual Americana Festival and Conference. Celebrating its 11th year, the event takes place in Nashville, Sept. 8 - 11.

Nominees are selected by members of the Americana Music Association. The Honors and Awards show will also recognize Lifetime Achievements and bestow awards in Performance, Songwriting and Instrumentalist and other important categories. Additional honorees and performers will be announced in the coming months.

ALBUM OF THE YEAR

'A Friend of a Friend,' Dave Rawlings Machine

'A. Enlightenment B. Endarkenment (Hint: There is no c),' Ray Wylie Hubbard

ARTIST OF THE YEAR

DUO GROUP OF THE YEAR

INSTRUMENTALIST OF THE YEAR

SONG OF THE YEAR

'I and Love and You,' written and performed by the Avett Brothers

Filed Under: Dave Rawlings, DaveRawlings
Categories: Americana
Comments
Leave A Comment
Back To Top
Story Behind the Song: Larry Fleet, 'Where I Find God'