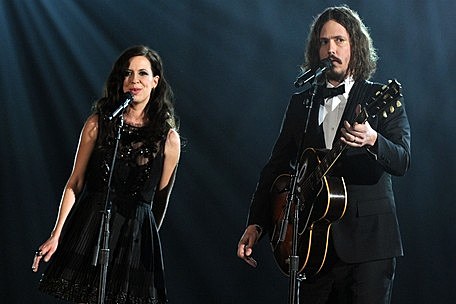 Less than a year after abruptly canceling a tour and appearing to announce their breakup, the Civil Wars have released a new single and announced the details of a forthcoming album.

The duo consisting of Joy Williams and John Paul White received universal acclaim for their debut, 'Barton Hollow,' but appeared to collapse under the pressures of their career last November, when they canceled a tour citing irreconcilable professional differences. But they made their new single, 'The One That Got Away,' available via online videos recently, and announced a self-titled album that will be released on Aug. 6.

"The [new] album was recorded amidst a grueling touring schedule, exhausting workload and a growing disconnect from their families," a press release states.

"Patience is a virtue. Yours has been appreciated," White writes on the duo's website. "Here's to the hope you consider it rewarded."

Williams adds, "I am fiercely proud of this album. A lot of soul, sweat and tears went into its creation. I hope you feel the heart in each song, that it might connect with yours."

Charlie Peacock returns to the production helm for the new collection, which will be released via Sensibility Music/Columbia Records. It is unclear whether the Civil Wars will tour to promote the new album.