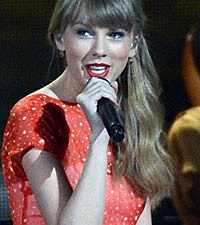 We already know Taylor Swift is a talented songwriter, but if you want to hear more about the stories behind her songs, tune into tonight's "VH1 Storytellers."

Swift recently filmed the special at Harvey Mudd College in Claremont, Calif., and opened up to the audience about where she got inspiration for songs on her new album, Red.

"This is unlike any show I will ever play again and have ever played before," the "We Are Never Ever Getting Back Together" singer told the audience in the preview clip. "I recently wrote an album called Red and I am holding a guitar that is also red. The song that I wrote was about this relationship that I had that was the worst thing ever and the best thing ever at the same time."