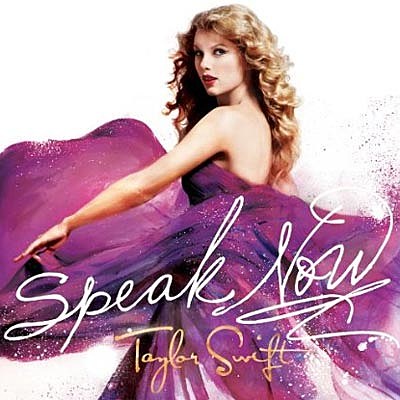 We've got just a little more than two months to wait for Taylor Swift's highly-anticipated third studio album, 'Speak Now.' But the wait is over to see the cover of the CD that will be flying off shelves come October 25.

Taylor has already made musical history with the album. With its first single, 'Mine,' making its debut in the Top 5 on Billboard's Hot 100 chart, Taylor becomes the second female artist in history to have multiple Top 5 debuts in a calendar year. (The only other artist who can boast that feat is Mariah Carey.) Taylor's previous straight-to-the-Top-5 debut was her song from the 'Valentine's Day' soundtrack, 'Today Was a Fairytale,' which bowed at No. 2.

Currently sitting at No. 1 on the digital sales charts, 'Mine' has had more than half a million downloads in just two weeks.