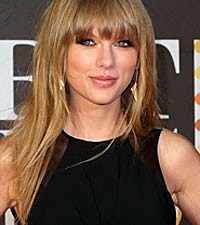 There will be no shortage of eye candy on Taylor Swift's Red tour. The singer-songwriter has tapped Joel Crouse, Brett Eldredge, Florida Georgia Line and Casey James for the opening slot of her upcoming trek.

They join the previously announced Austin Mahone and pop singer Ed Sheeran, who appropriately duets with the 23-year-old on her Red album's "Everything Has Changed."

The 47-stop, 66-show North American leg of the Red tour kicks off March 13 in Omaha, Neb. This portion of the tour will last six months and include 13 stadium shows -- all of which will feature 16-year-old Austin, who got the gig in a unique way.

"I met her a year ago in this little café," the Texas-born singer tells CBS Local. "She walked in and I introduced myself. I said, 'Are you Taylor Swift?' She said, 'Yeah.' I said 'I'm Austin Mahone. I do music and I'm on YouTube.' She was like, 'Oh, that's so cool, keep working hard.' Now, a year later, I'm going on tour [with her] and it's so crazy how it all came about."

In addition to the excitement of the trek, Taylor currently sits atop both the Country Aircheck/Mediabase chart with "Begin Again" and Billboard's Mainstream Top 40 chart with "I Knew You Were Trouble."

Find a list of who is playing each tour date here.

Watch Taylor's 'I Knew You Were Trouble' Video