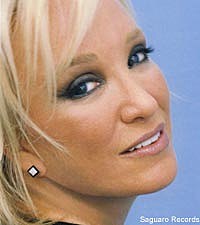 Tanya Tucker should be celebrating the release of her new album, 'My Turn.' Instead, she finds herself mourning the loss of several of her peers.

"The album came out June 30 and I'm trying to enjoy it and revel in it, but it's really difficult when you lose someone who has been your friend. I just can't get away from being depressed about it," Tanya confides to The Boot. "It's not been a good month. We've lost Farah Fawcett, Ed McMahon, Michael Jackson and David Carradine. David was a very good friend of ours, and we were just sick about it ... Losing one person would be bad enough, but when it's bam, bam, bam, bam, it just makes me want to break down and bawl."

Tanya says she met Michael Jackson several times, and recognizes that they had a lot in common in that they were both child stars. "The difference is I had a great set of parents. I was thinking of Michael in that gold casket, about how none of it means anything now. The only thing that brings me some peace of mind is maybe now he can have peace. He has no more abuse, no more people talking down on him about things he's not guilty of."

The singer laughs as she recalls meeting Michael one night at the American Music Awards. "He had to borrow my bathroom, because there wasn't one in his dressing room. He came to my door and asked and I was like, 'Sure come on in,' and my hair was all in curlers!"

If anything is helping Tanya sort out her simultaneous feelings of loss and joy, it's memories of her dad. The singer hopes her late father and manager, Beau Tucker, is proud of 'My Turn.' The tunes on the album are songs that he introduced to her, turning her on to country music.

"Loretta Lynn was always a favorite of mine, and Merle Haggard. That's the music I fell in love with and the music I started singing," she recalls. "If my dad had been into rock 'n roll, I might have been a rock star. My dad believed in me and my mother believed in him. I wouldn't trade that for anything in the world." 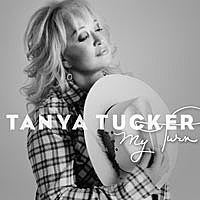 All songs on Tanya's 'My Turn' were previously recorded by men. The track list includes Buck Owens' 'Love's Gonna Live Here,' Eddy Arnold's classic 'You Don't Know Me,' Ray Price's 'Crazy Arms' and George Jones' 'Walk Through This World With Me.'

"I've made a career out of doing that, changing him to her and he to she, so I've never had a problem with that," Tanya says of putting her feminine touch on masculine tunes. "I always did men's songs, even when I was a kid. I was always attracted to the songs that men were doing ... except Loretta Lynn, I liked her stuff."

Special guests on the album include Jim Lauderdale and The Grascals. Tanya didn't meet Jim until after he had recorded his vocals on 'Love's Gonna Live Here.' She says having Jim sing on the song was "like Buck Owens haunting me ... If you can't have Buck, Jim was a good close second."

Tanya returned to Los Angeles to shoot the album cover, which was a very special moment for her. "I had my dad's hat flown in, the one that he wore a lot. Most of the time he had it on, so I wanted to be wearing it or have it with me on the album cover. It's hanging in my bathroom closet, and I walk by it every day and sometimes pick it up and smell it ... It's just precious memories."

One of the things the new recordings afford Tanya is the opportunity to sing these beloved songs in concert. "I don't get time on my shows to sing any other songs but my own because I have so many," she explains. "Sometimes I want to do 30 minutes of Merle, or Hank Williams, George, Loretta or Tammy, and I can't do that. This gives me the opportunity to legitimately put these songs in my show."