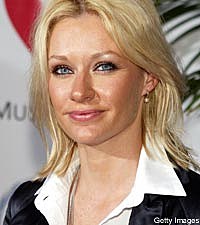 Country/pop chanteuse Shelby Lynne is set to release her latest album, 'Tears, Lies and Alibis' on April 20. The project will be the first on the singer's own newly-founded label, Everso Records.

Described as a sparse, intimate collection, the 10-song disc was entirely written and produced by the Grammy winner. It's the follow-up to her 2008 collection, 'Just a Little Lovin,' which paid tribute to soulful pop legend Dusty Springfield.

"I've made records for 20 years and never been more excited," says Shelby of this, her 10th album. "I finally have the creative control I've needed to get my vision out there."

The first single from the album, 'Rains Came,' was inspired by a rare storm in the Southern California desert where the Alabama native currently lives. Resisting the urge to go outside to stand in the rain shower, Shelby picked up a pen instead. Another source of inspiration -- and one she has in common with Miranda Lambert -- is the iconic Airstream trailer hailed in 'Something to Be Said.' Another of the album's tracks, 'Like a Fool' can be heard in an episode of 'Army Wives.' Shelby, who made her film debut in 'Walk the Line' in 2005, has also acted in that original Lifetime series.

'Tears, Lies and Alibis' was recorded in California and Nashville.

'Why Didn't You Call Me'

'Something to Be Said'