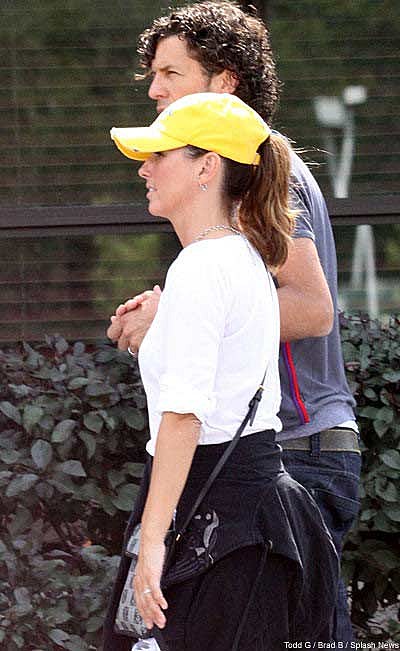 This is the photo that has sparked a million rumors. Shania Twain is spotted holding hands with Frederic Thiébaud -- hands that sport silver bands on their respective wedding ring fingers.

In a story that sounds like it was plucked straight out of a soap opera, Shania and Frederic reportedly started dating just a few months after the two allegedly discovered their spouses were having an affair. Frederic's now ex-wife, Marie-Anne Thiébaud, was a close friend of the country superstar and her then-husband Mutt Lange, and worked as house manager of the couple's Swiss estate. Marie-Ann and Mutt were accused of having a romantic relationship, thus contributing to the demise of both of their marriages.

But does this dramatic story have a happy ending? Did an extramarital affair cosmically bring the jilted parties together, to live happily ever after? Not so fast.

"They are not engaged, and they are not married," a rep for Shania tells 'Extra.'

But there's no denying the two have been spending a lot of time together. In addition to holiday trips together last winter in the U.S. and Europe, Shania and Frederic have been recently photographed relaxing at Shania's lakeside estate with their children.

There's also no doubt Shania is in a happier place as she celebrates her 44th birthday today (Aug. 28). She has gushed in a letter to fans that she has been "experiencing and seeing new things every day, living life with a different and more optimistic attitude." She's also set to make her big television comeback, taking a seat alongside Randy Jackson, Simon Cowell and Kara DioGuardi at the 'American Idol' judges' table during auditions in Chicago this Sunday (Aug. 30) and Monday (Aug. 31).

UPDATE: Shania opens up about her relationship with Frederic.