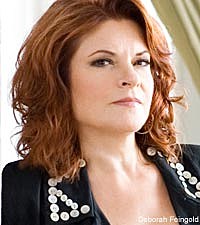 Many parents give their children a list of chores to do; Johnny Cash gave his daughter, Rosanne Cash, a list of songs to learn. In 1973, when Rosanne was 18, John handed her a list comprised of 100 songs, telling her these were the essential country songs she needed to know. Among the tunes on the list: Hank Snow's 'I'm Movin' On,' Bobby Bare's '500 Miles' and Bob Dylan's 'Girl From the North Country.'

"I was completely open to it," Rosanne tells The Boot, explaining that her dad was worried that she didn't seem to have a deep understanding of country music, having become obsessed with the Beatles and other rock and pop music. "People ask that assuming that an 18-year-old wouldn't be open to it. There were lot of things from parents I wasn't open to, but it was as if he opened the door on this vast beautiful vista. I was hungry for it. I was beginning to play guitar and starting to write songs. I loved it, I ate it up, I was fascinated with it. It was a beautiful way to connect to my dad, because in writing this list and he was telling me in part who I was."

And Rosanne is now sharing part of that list -- 12 songs to be exact -- turning it into her 12th studio album titled, naturally, 'The List.' It's the first album she's recorded since having major surgery in 2007 for a benign brain condition, and the first time the prolific songwriter has ever done a disc of cover tunes.

"The list was far-ranging and thorough," says Rosanne. "It was assembled from my father's intuitive understanding of each critical juncture in the evolution of country music. There were old Appalachian folk ballads, and the songs of Jimmie Rodgers and Woody Guthrie. The influence of gospel and Southern blues were crucial. Then he segued into rockabilly and the birth of modern country music by way of Hank Williams, and up to the present, which was then 1973. He also included a couple of his own songs. I endeavored to learn them all and it was an education."

Referring to the list as "a standard of excellence," Rosanne says it served to remind her of the tradition from which she came. "This album enables me to validate the connection to my heritage rather than run away from it, and to tie all the threads together: past and future, legacy and youth, tradition the timelessness."

Rosanne admits that tackling an album of someone else's songs was a little different for her. "It's a different work ethic. When they are my songs, I feel very territorial and am more opinionated. With these songs, I was perfectly content to let John [Leventhal, her husband and producer] flesh out arrangements. I had comments here and there, but they are basically his arrangement and I was so content to let him do them. Some things are complex, challenging, some things are fun from the beginning. So it was a challenging but fun album to do."

Even though she hadn't listened to some of them in a while, when Rosanne started going through to pick the songs she would do, her favorite versions immediately came to her -- and that wasn't always easy to deal with.

"It was sometimes difficult to record a song, like Patsy Cline's 'She's Got You,' because her vocal was so present for me," she recalls. "It was intimidating for me to approach that song for a long time."


There were a couple songs Rosanne knew immediately would be on the project, including the Marijohn Wilkin-Danny Dill classic, 'Long Black Veil' -- a 1959 hit for Lefty Frizzell recorded by Johnny several times during his career -- and Merle Haggard's 'Silver Wings.' She also knew she would do a Carter Family song and would fill her requirement for both a Delta Blues number and a southern gospel-style tune with the traditional 'Motherless Children.'

"This record is not favorite songs of my dad, it's not a tribute," asserts Rosanne. "It's more a legacy of music that informs 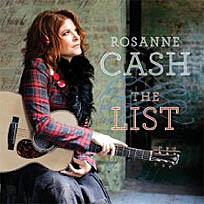 not just him and me, but all Americans. I mean, this music is as much who we are as Americans as the Civil War or anything else."

Rosanne is well aware that she may be introducing many of these songs to a whole new generation of people who might only be aware of material from the past couple of decades. "It's not just about me doing these songs that my dad pointed me to, and it's not just about me as a singer. It's about the cultural archiving -- if that's not too self-important to say -- of these songs. I know there's an entire generation who don't know the original songs. A great song deserves interpretations and to live on, and not just be in a museum. I see audiences respond to them when I perform. I did them on a short tour I did this summer and people start singing along. They are so thrilled to hear them."

Taking about six months to record, Rosanne admits there were definitely a few moments in the studio that were especially touching and moving for her -- especially those that involving conjuring memories of her extended family, like her stepmother June Carter Cash and June's sisters, Helen and Anita.

"There were some elements that felt like I was out of my own time and my own geography and my own space, like doing the Carter Family song ['Bury Me Under the Weeping Willow'] was very moving to me. I kept thinking of Helen Carter and it was almost like I felt her there, the spirit of her and June and Anita. Helen taught me to play guitar; she taught me the Carter Family songs. I wanted to honor her and June, and I kept thinking of how much those women gave me. I wanted my version of the song to be good for them, and for them to be proud of it."

Rosanne also reveals how hard it was for her to get past the duet her dad did with Dylan on 'Girl from the North Country.' "Their record 'Nashville Skyline' was a watershed moment in my life, and I kept saying 'I can't do it, it's almost sacrilege.' So my husband said 'Let's go back and listen to Bob's original version.' When I heard it as a classic folk song, then I thought, 'Yes I can do this.'

Since it was such a part of his repertoire, Rosanne says Lefty Frizzell's version of 'Long Black Veil' is a song she really associated with her dad. "When I was recording it, I kept thinking my dad would be so proud. There were moments I was overcome with emotion doing these. My whole past seemed to be present for this."

Although it was such a singular event for her, Rosanne knew she wanted to share a few moments on the album with some special guests. "There was some discussion [with John] as to who would be the perfect person on those songs, and I have to say we got our dream team. Bruce Springsteen is romantic on on 'Sea of Heartbreak' and Elvis Costello really lightened up and got his part on 'Heartaches by the Number.' He brought that great liberation to it. Rufus Wainwright brought another dimension to 'Silver Wings.' He made it one more dimension, and [Wilco lead singer] Jeff Tweedy may have been the most surprising of all to me. He brought such intonations to 'Long Black Veil,' and I was shocked and delighted at how well our voices blended."

It's immediately obvious that the legacy of this project was especially meaningful to Rosanne. "I loved the record so much and I love these songs so much and I love the idea of what you pass on to your children. What I pass on and what was passed on to me is both tangible and intangible, and it's a great thing to think about. Beside this list, my father passed on a sense of personal integrity and a love of language and a good work ethic."

In terms of compiling her own personal list, Rosanne says she would have to include a few of the songs her dad passed down, plus some that have become favorites of hers through the years. "Well, I'd have to include 'Long Black Veil' and 'Silver Wings,'" she says. "If I made a list for my kids, they would be in the top ten. It's a fascinating subject because there's been a lot of music since 1973, when my dad gave me my list. I have thought about what would I add, and what would dad add. If I made my own list it would include The Beatles, Neil Young, George Jones' 'He Stopped Loving Her Today' and my dad's song 'The Man Comes Around.'"

Rosanne Cash's 'The List' is in stores today. Read her history lessons behind each song on the album here.