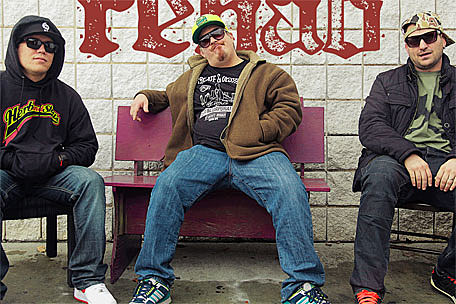 We've seen this band's rowdy side time and again, but Rehab shows their serious side through the thought-provoking new single, "Can't Catch Up."

"It is about someone who is strung out on drugs and is so far out there that you don't know if they can come back," Rehab's Danny Alexander tells The Boot. "The video really expanded and clarified what was originally in my mind."

The "Can't Catch Up" video, making its world premiere on The Boot today, depicts the sad story of a husband trying to raise his two kids and keep his home in order while his wife works all the time, using drugs to keep her momentum. And talk about seeing a different side of someone! Country rapper Colt Ford, notorious for his side-splitting sense of humor, plays the dramatic part of the husband, proving impressive acting chops we never knew he had. (Watch below.)

"Colt is very generous with his time and talents and when we asked him if he would be a part of the project, he immediately agreed," says Danny. "He has been a great supporter of us in every way since we signed to (our record label) Average Joe's."

The Rehab guys credit Colt for knocking down genre doors and opening fans' ears to their melting pot-style of country music. "Colt has brought a whole new dimension to the country market," Danny insists. "Die hard country music fans that have normally steered clear of hip-hop have started to give a listen to not only Colt's music, but other artists that have off-center material. So all country rap, southern hip-hop, outlaw rock rap artists should be grateful for Colts efforts."

Rehab's "Can't Catch Up" is featured on the band's latest album, Gullible's Travels. Buy it here.