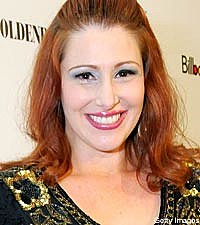 When 80's pop icon Tiffany was bopping her way through America's shopping malls with hits like 'I Saw Him Standing There,' few of her young fans were likely aware that the teen actually started as a youngster singing country music, even touring with George Jones and Jerry Lee Lewis. Now 37, the singer says it's time to return to her roots.

"I've had success after 20 years, and my fans have really been supportive of my new music, but my heart is in country music," she tells the Huntstville Times. "I enjoy playing with a full band and love Emmylou Harris, Rosanne Cash and Stevie Nicks. So it's a new pursuit for me, and I have some songs under my belt."

Although she was never able to match the huge success of her multi-platinum self-titled 1987 debut, Tiffany never fully retired from the entertainment business. She went on to release several albums, appeared in television and film projects, and even posed in 'Playboy.' In the late '90s, she relocated to Nashville and made her first attempt at a country career. But in spite of her past attempts, the California-born singer says she's determined to make it work this time. "Hopefully, I'll be able to get a [country] project together by the end of the year, either by funding it myself or looking at labels," she insists.

Tiffany says she's grateful for her experiences and she remains hopeful that her fans will evolve with her. "Dance music has opened up a lot of doors for me, and that may be my fan base, but I think they're ready to see me in a new musical adventure."