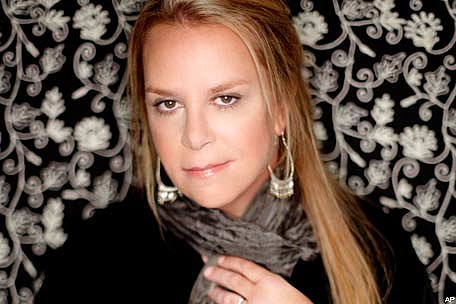 Mary Chapin Carpenter's debut more than 20 years ago brought a breath of fresh air to country radio, introducing fans to such breezy singles as 'I Feel Lucky,' 'Passionate Kisses' and 'He Thinks He'll Keep Her.' Beginning with the ACM's Top New Female Vocalist honor in 1990, the Ivy League-educated Mary Chapin filled her trophy case with more honors, including four consecutive Grammy Awards in the Best Female Country Vocal Performance category.

While other formidable women (including Joan Baez, Cyndi Lauper and Wynonna) recorded her songs, Mary Chapin continued putting out weighty, critically-acclaimed albums, even as her presence at country radio lessened. Her final album for Nashville's Columbia Records, 'Between Here and Gone,' was released in 2004 to nearly unanimous praise.

In the late spring of 2007, just after the release of her ninth studio album (and her first for Rounder Records), 'The Calling,' Mary Chapin, who was 49 at the time, had just completed a tour and was at home near Charlottesville, Va., with husband Tim Smith, when she began experiencing chest pains and shortness of breath. The diagnosis was a pulmonary embolism -- blood clots in her lungs. The singer was forced to cancel an upcoming tour to recover at home, and entered into a period of what she characterized as painful depression, fear and anxiety.

Just a matter of weeks after that life-changing event, Mary Chapin returned to writing, but her words to express what she'd experienced first came not in the form of a song but in a thought-provoking essay for the National Public Radio (NPR) program called 'This I Believe.' Titled 'The Learning Curve of Gratitude,' Mary Chapin's beautiful rumination recounted a simple but ultimately profound encounter she had with a grocery-store clerk who told her to enjoy the rest of her day, reminding her, she wrote, "that every day is all there is."

When she did finally settle in to write and record songs for her new album, 'The Age of Miracles,' naturally, some of the material reflected that frighteningly dark period she'd ultimately survived. But the greater part of the collection, and in particular the closing track, 'The Way I Feel,' reflect the learning curve of gratitude.

The Boot spoke to Mary Chapin from her Virginia home, finding that it's hard to come away from a conversation with the singer-songwriter without feeling that same sense of gratitude, knowing that country music -- while we had her -- probably never appreciated her to the fullest extent. And yet, thankfully, it's not too late.

It's wonderful to hear that you're doing so well. What kind of effect did that your health scare have on you personally and professionally?

People often feel a brush with mortality, or a life-threatening illness can be a wake-up call. For me, it's not like a lot changed in my life afterward, but rather a sense of appreciation was deepened, a sense of purpose and identity, those kinds of things were certainly resonating in my life afterward. Just a reminder to make sure your have your spiritual suitcase in order and know who you are and just try to, as cliched as it may seem, just try to live your life every day to the fullest as you can.

'Learning Curve of Gratitude' is something everyone ought to read at some point, no matter what they are going through. We could all benefit from such a simple reminder that clarity comes sometimes when you least expect it.

That was an attempt to capture the confusion that I felt and the darkness that I was engulfed by after I got out of the hospital. It was just very strange, a lot of upset, fear and depression. I've come to learn that that's pretty natural after something like my experience.

One of the songs on the new album that seems most influenced by what you went through is called 'Holding Up the Sky.'

It's about the feeling at that moment when I was so ill and I didn't know what was going to happen to me. I've never been so terrified in my life. I felt this burden of all these things -- my own life, my place in the world. I wanted to just float above all of it and to be free. I wanted to not hurt any more. So that lyric speaks to being completely helpless.

And again, while the song addresses your experience, anyone could apply it to their own life and difficulties they may be going through.

Hopefully songs are not always coming at you with a sledgehammer saying, "It's about this ... ." I don't think people have to know exactly what a song is about. One of the reasons I love R.E.M. so much is because I think a lot of Michael Stipe's lyrics are evocative. They evoke feelings as opposed to absolute events or meanings. And I like being able to just ride those feelings. Anyone is free, in my opinion, to connect to a song however they wish to connect to it. But the inspiration of that song was this sense of being so burdened and in so much pain.

Were there other songs that were also inspired by the experience?

'Iceland' is the other one that tries to address those feelings as well.

Of course, when I saw the title, it was hard not to think of the recent volcanic eruption there.

Another of the songs that stands out is '4 June 1989,' which has the Tiananmen Square massacre on that date as the background for the song. While it centers on a political event, it really tells more of a personal story.

Given his story, it would be impossible not to think of it as something of a song that reflects and displays an opinion about the events of that time. I think the outrage of the Tiananmen Square massacre is sort of worldwide, so I don't know how political you could call it in a sense. I think there are very few people who'd be on the other side of that.

Are you a fairly voracious reader? And do your songs often come about from things you've read?

I'd say that I am. '4 June 1989' came from reading Chen Guang's story in the New York Times. 'Mrs. Hemingway' came from my curiosity about her after reading 'A Movable Feast' and finding some out-of-print books about Hadley Richardson Hemingway (who was married to author Ernest Hemingway). It's natural as breathing to inhale the newspaper every day and I always have a book going. Reading is one of the great pleasures of my life. And if a song comes out of something I've read, that's all the better.

The record ends with the great upbeat song, 'The Way I Feel.' Was that a conscious choice?

Yes. I wanted very much to end the record with it because I knew going into the studio that this was very much going to be predominantly a quiet record, in terms of it being a narrative of my coming out of this experience that I had. I didn't see it as a cacophonous, muscular-sounding record. I saw it as a more meditative work and ultimately a collection of songs that were positive songs of resilience. So it was important for me to place this song there. 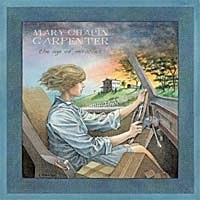 Another of the things that struck me about the album in particular is the cover art. It's a great illustration.

Thank you! I love this gentleman's work. His name is Laszlo Kubinyi, and I've found his work in the New Yorker [magazine] and I just loved it. So I contacted him and asked him if he'd be able to do a cover. At that time, I had nothing for him to listen to, I just had lyrics. I wasn't going to give him my crappy demos! I sent him all the lyrics and he came up with this beautiful illustration. And it really speaks to those journeys I've taken down [Interstate] 81, driving to various places and those little towns in particular like Fincastle, Va. Tiny little towns that are throughout the Shenandoah Valley. He really captured it.

The thing that struck me about it is that it looks like it could be the cover of a great southern novel.

Oh, I love that thought! Let's hold on to that.

Speaking of novels and writing things other than songs, is that something you're interested in doing?

I've written some essays, and I did a column for the Washington Times for a period of time but I can't really consider myself much of a writer outside of songwriting. I've had the opportunities but I'm just no good at it. I'm not trying to put myself down. I love writing, but I'll leave it to those professionals.

My office here are at our home. It's just a beautiful old sleeping porch that my husband enclosed and it looks out onto the Blue Ridge mountains. I'm surrounded by dogs and cats. I need to have a yellow legal pad and an eraser.

Are you always writing songs?

I have periods of time where I'm immersed in songwriting and go for weeks and months into it. And then I sort of leave it for a while and go live my life. When I'm doing it, I do it every day. It's almost like a discipline. And when I'm not doing it, it's always comforting to know it's there if I feel like going to it.