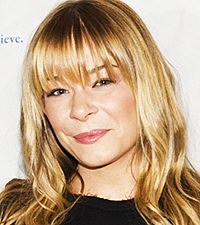 LeAnn Rimes' upcoming new album will feature guest performers Alison Krauss, Rob Thomas of Matchbox Twenty fame, and the legendary Jeff Beck, who was inducted into the Rock and Roll Hall of Fame in 1992. The new album, entitled Spitfire, is due out June 4. [CMT]

The CMA Music Festival's lineup was announced yesterday. On June 6, singer Sara Evans will kick off the free concert series at Nashville's Riverfront Park, which will also feature performances by Lonestar, Gretchen Wilson, Brad Paisley, and Jake Owen, among others. [CMAWorld]

Taylor Swift will make a cameo on an upcoming episode of the Zooey Deschanel-centric FOX comedy "New Girl" for the season finale airing May 14. Jake Johnson, who plays Nick in the series, says that Taylor's performance is "very good" -- as if we would expect any less from the multi-talented singer/songwriter! [Entertainment Weekly]

Sorry, Simon -- Keith Urban has been voted the best "American Idol!" judge ever, according to a readers poll taken by entertainment news site Zimbio. [CountryWeekly]