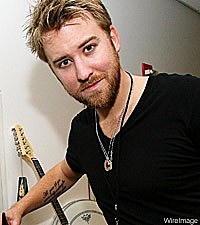 Rock stars aren't the only ones with tattoos. A lot of country stars express themselves through body art. Gary Allan has had himself inked with numerous images, while the Dixie Chicks chose chicken feet to signify career accomplishments such as No. 1 hits. Now Lady Antebellum have joined in, with each member of the trio revealing what their particular tattoos signify.

Charles Kelley took the step in early 2009, choosing a phrase that had particular meaning to him. "It says 'All your life, you were only waiting for this moment to arise.' It's from 'Blackbird,' a song by the Beatles," he tells The Boot. "We had just had such an amazing year. All these things had started to happen and I had such an interesting journey. I felt like my whole life had been leading up to this." 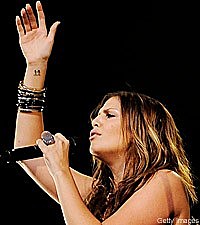 Hillary Scott's tattoo has a double meaning for her. It's the number 14 and is tattooed on her right wrist. "It is a special number to me. That is the age difference in me and my only sibling, me and my little sister. I want to be like her when I grow up; she's very confident in who she is and her personality and she's just amazing.

"And 14 is how old I was when I really felt called to sing and do this for a living, so it's a constant reminder of being called to do this and the importance of that. Plus my little sister is with me all the time."

Hillary also has a music note inked on her right foot. 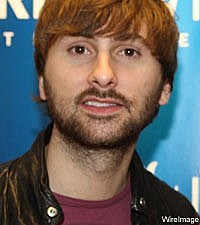 Although Dave Haywood remained silent after his partners-in-rhyme finished discussing their tattoos, Charles chose to relay the information that, "Dave has one on his rear end!"

"We won't make him show it though," Hillary chimed in.

But before Dave had a chance to confirm or deny, the group's publicist quickly stepped in. "That's all the time we have for questions. Thanks for coming out for the interview!"

So the question remains: Does Dave have a tattoo and if so, where is it located? Clearly, this is not the "end" of this particular subject!