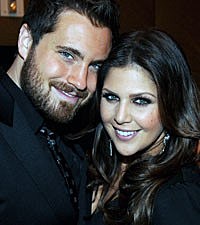 Lady Antebellum's Hillary Scott and her husband, Chris Tyrrell, have a new family member! On Saturday (Aug. 25), the songstress tweeted a message from her dog, Hobbs, whom she brought home in November of 2011: "Dear Lady A'ers, I would like to introduce you to my new baby sister, Baker! Love, Hobbs =)" The message was accompanied by a pic of the new four-legged "baby" (see below).

After a few days of sharing photos -- including one from a recording studio -- Hillary apologized "for all the pup pics, but I'm pretty caught up in all the cuteness!! =) I just can't help it ..." And this indeed is one cute pup! See for yourself in Baker's video debut: a cameo in Lady A's latest "Webisode Wednesday," filmed during the trio's first day of recording for their new album. (Watch the video below.) 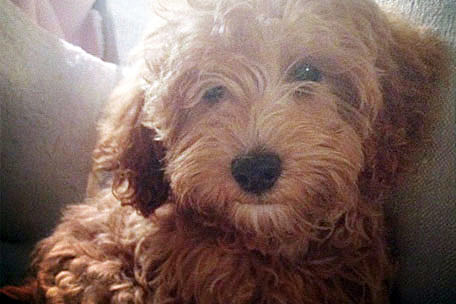 Hillary will have some time at home with her new bestie, since she and the boys of Lady A don't hit the road until late September. Get a list of their tour dates here.