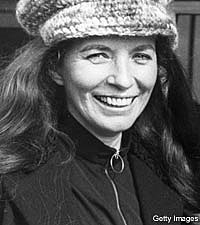 June Carter Cash will be memorialized with one of 11 new historical markers being added along Virginia highways and byways to honor notable people and places.

Virginia's Daily Press reports that the late singer-songwriter/comedienne's marker will be placed in Scott County, the home of the legendary Carter Family, recognized as the "First Family" of country music.

June Carter was born in Maces Spring. Va., in 1929. She married Johnny Cash in 1968, celebrating 35 years of marriage before she passed away in May 2003. Johnny died just four months later.