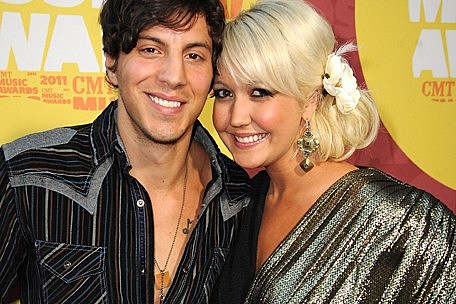 Steel Magnolia has unexpectedly become a solo act for several shows, after one-half of the duo, Joshua Scott Jones, entered a rehab center to deal with substance abuse issues.

"God has been on my heart to announce and make public that I have entered a rehabilitation and treatment facility to address issues related to alcohol and substance abuse," he shares on the band's website. "Hundreds of thousands of people in the world struggle with these battles daily, therefore I am sincerely grateful for all thoughts and prayers at this very poignant juncture in my life and career. I would also like to thank my family, friends, record label and management team for being so supportive and having an active hand in my recovery process. Thank you and God bless."

Joshua's singing partner and fiancé Meghan Linsey announced last week that they would be canceling a handful of shows because Joshua would be unable to perform, but did not give an explanation. She has since continued to perform their scheduled dates by herself.

The former 'Can You Duet' winners released their fourth single from their self-titled debut album, 'Bulletproof,' last month, which could prove inspirational for Joshua as he continues in his recovery. "People who are going through all kinds of hard times are finding inspiration in this song," Meghan tells The Boot. "Everyone has their own take on it."

No word yet on when Joshua will resume touring. Steel Magnolia are scheduled to start touring with Reba next week.